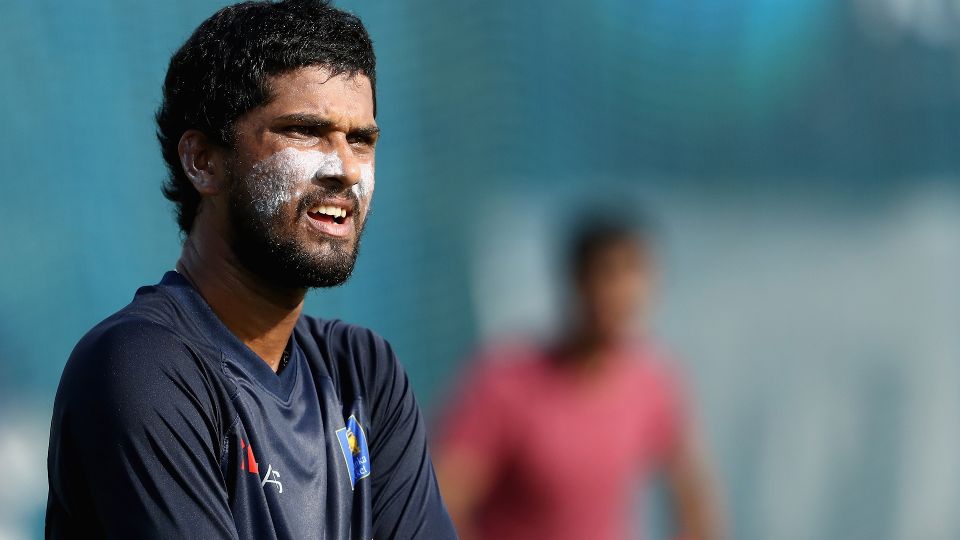 This has been a tough year for Sri Lanka, and numbers will not hide that. The seven Tests they have lost this year is the joint-most they have lost in any year. Given how the contests between these two sides have gone over the rest of the year, they are odds-on favourites to hold the ignominy exclusively. To make it worse, they are doing so in a tour where the opposition has spoken less about them than its next opponents. It becomes all the worse when you are a young captain of a side with a glorious past. As Asanka Gurusinha, the manager now but a reminder of that glorious era, watched on, the young captain Dinesh Chandimal was asked how he manages to motivate himself and his team to train and prepare for yet another difficult Test.

Chandimal looked to matters beyond cricket for an answer. “In our life also we have ups and downs,” he said. “The thing is, if you are losing and if you are going down, you learn so many things about how to come out of it. I learned a lot of things in the past also when I was captain in 2014, and have executed them till now. It’s a hard time for the team but I have a really good feeling we can change these things going forward.”

For improvement, Chandimal looked at the batting, especially in the first innings. “It was a bad loss in the second game,” he said. “Actually, as a batting unit, we need to do well. Especially in the first innings we need to score a big big total. At least 350. Then we can at least stay in the game. Batting unit let us down in that game. I am sure we can come up with very good plans in the next game.

“We had a really good chat after the second Test and really good meetings as a team. We have something up our sleeve. I am sure they [batsmen] will come up with different ideas in the next game and perform at their best.”