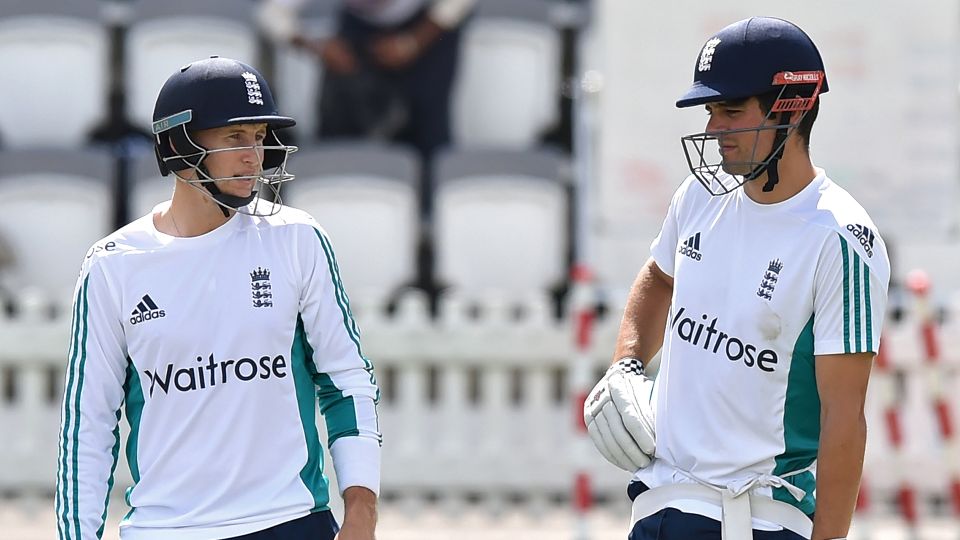 Bayliss tips Root and Cook to flourish in new roles

Gary Ballance could bat at No. 3 in the first Test against South Africa at Lord’s next week, while Liam Dawson, the Hampshire spinner, has a chance to retain his place after making his debut on England’s tour of India in December, after both were named in a 12-man squad for what will be Joe Root’s first Test as captain.

Ballance, Root’s county captain at Yorkshire, appeared to have run out of chances at Test level when he was dropped following England’s maiden Test defeat against Bangladesh in October, having managed just 24 runs in the two-Test series.

However, he has been in outstanding form this season, averaging more than 100 in eight County Championship matches, including an historic double of 108 and 203 not out against Hampshire in April, and Root’s influence has earned him another crack, potentially at first-drop if Root himself chooses to slip down the order to No.4.

As anticipated, Haseeb Hameed, the young Lancashire opener who impressed in arduous circumstances in India, has been overlooked following a struggle for runs in the County Championship this season. His absence means that Keaton Jennings, who replaced the injured Hameed on that tour of India and marked his debut with a century in Mumbai, will once open alongside the former captain, Alastair Cook.

Dawson’s retention comes as something of a surprise after his inclusion as a horses-for-courses selection in the fifth and final Test against India in Chennai. He claimed two wickets in a comprehensive innings defeat, but proved his mettle with an unbeaten 66 in his maiden Test innings. Gary Ballance could bat at No.3 in Joe Root’s first Test as captain © AFP

His place in the side will be dependant on the conditions at Lord’s, with Moeen Ali still England’s primary spinner, not least on account of his twin hundreds in the India series. Instead, it appears likelier that Toby Roland-Jones, the Middlesex seamer, could be handed a maiden Test cap on his home ground.

Roland-Jones, who made his England debut in the ODI series against South Africa earlier in the season, adds to England’s seam options following the loss of Chris Woakes to a side strain during the Champions Trophy and Jake Ball to a recent knee injury.

Stuart Broad, who had been sweating on his fitness ahead of today’s Royal London Cup final between Nottinghamshire and Surrey, is expected to be ready to lead the attack alongside his long-term new-ball partner James Anderson, who has recovered from a groin strain.

Mark Wood, who hasn’t played Test cricket since leaving the tour of the UAE in 2015 to undergo the first of three ankle operations, is back in the squad after an impressive showing in white-ball cricket in recent months.

“There is great excitement around the first Test of the summer and with the start of a new era under the captaincy of Joe Root this is an exciting time for English cricket,” said James Whitaker, the national selector.

“Toby Roland-Jones is a player we have been monitoring for quite some time and deserves his chance after a strong couple of seasons with Middlesex in red-ball cricket. He came close last year when he was named in the Test squad against Pakistan in July. Toby has been in good form this campaign and his ability to seam the ball along with the fact that he can score useful runs down the order gives us a number of options.

“Yorkshire’s Gary Ballance could play his first Test since October. He has been in fantastic touch with the bat in the Championship averaging over 100. He deserves to be included and we feel that he will add maturity and experience to our middle-order.

“On behalf of the selectors, I would like to wish Joe Root, Trevor Bayliss and all the squad the very best for what will be a competitive series against South Africa.”