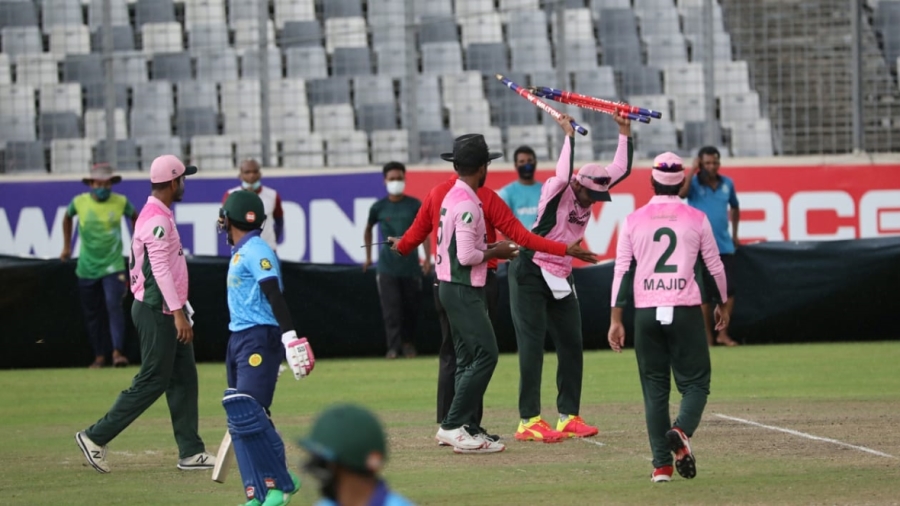 The BCB has suspended Shakib Al Hasan for three matches and fined him Taka 5 lakh (USD 5800 approx.), having found him guilty of abusing the umpires, groundstaff and equipment during June 11’s Dhaka Premier League T20 match between Abahani Limited and Mohammedan Sporting Club. It was a level 3 offence under the BCB’s code of conduct, and Shakib accepted the sanctions.

In dramatic scenes at yesterday’s match, Mohammedan captain Shakib had kicked the stumps after umpire Imran Parvez turned down his lbw appeal against Mushfiqur Rahim, and, an over later, ripped up all three stumps and threw them to the ground after umpire Mahfuzur Rahman called for the covers as it started to rain. It remains unclear what prompted the latter incident, as Shakib’s team was well ahead of the equation as per the DLS method at that point.

An argument with the umpires and groundstaff followed, and Shakib also reportedly said something towards the Abahani dugout, leading their coach Khaled Mahmud to charge towards the Mohammedan camp. A war of words ensued and both men had to be dragged away.

After Mohammedan won the game by 31 runs (DLS method), though, Shakib looked to have resumed cordial relations with the umpires, and later apologised for his actions in a Facebook post.