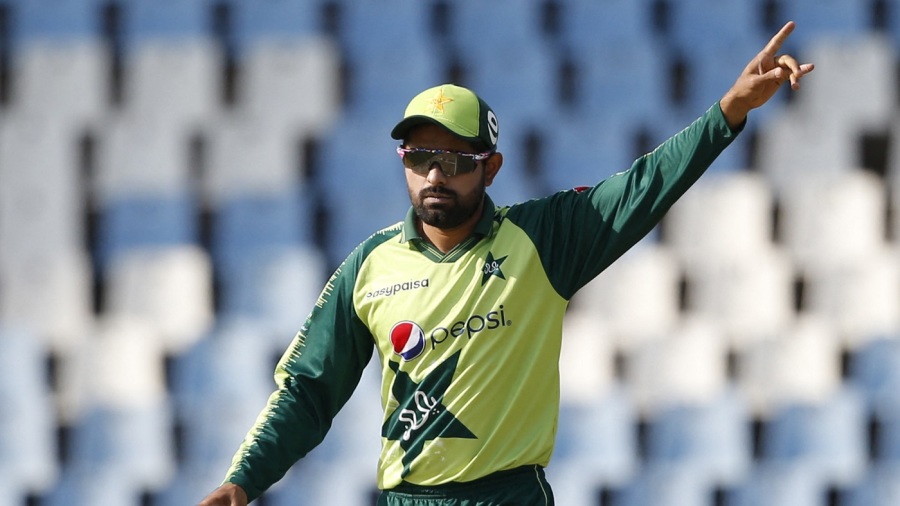 Pakistan captain Babar Azam has moved up by a place to second spot in the ICC men’s rankings for T20I batters. Azam’s record-breaking 122 off 59 balls against South Africa in the third T20I saw him gain 47 points to displace Australia’s Aaron Finch from the second position.

Azam was the highest run-scorer in the four-match series, having accumulated a total of 210 runs, including a half-century and a maiden hundred. Azam, who is still 48 points adrift of top-ranked Dawid Malan, has the opportunity to overtake him with the three-match series against Zimbabwe that got underway in Harare on Wednesday.

Fakhar Zaman gained 17 spots to reach 33rd rank after scoring an unbeaten 8 and 60 in the last two games, and Mohammad Rizwan jumped eight places to reach a career-best 15th position. Left-arm fast bowler Shaheen Shah Afridi also made a jump to reach his career best-equaling 11th spot in the bowlers’ list after picking up two wickets in two matches.

For South Africa, Rassie van der Dussen moved up from ninth to sixth spot, just one shy of his career-best, after scores of 34 not out and 52. Aiden Markram gained 31 places to reach 34th position.