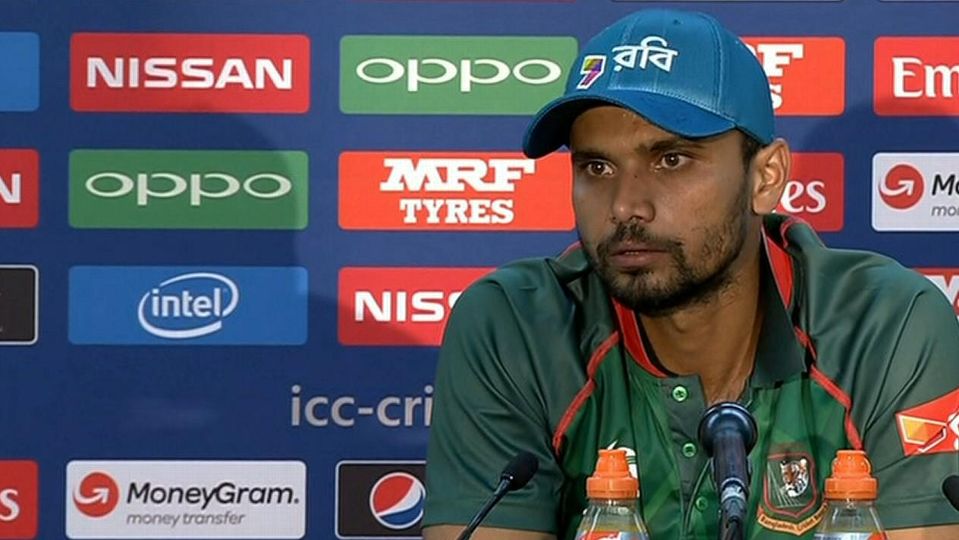 Among Mashrafe Mortaza, Tamim Iqbal and Mushfiqur Rahim, there was unanimity on one point: Bangladesh should have scored 20 more runs. England, through Joe Root, Alex Hales and Eoin Morgan, ended up cantering to their 306-run target.

Two of them, Tamim and Mushfiqur, triggered the slowdown at a time when they could have instead pushed harder at the England bowlers. The third-wicket pair, who added 166 runs, fell to Liam Plunkett off consecutive deliveries in the 45th over, after which Shakib Al Hasan, Sabbir Rahman, Mahmudullah and Mosaddek Hossain could manage only five boundaries between them in the remaining 32 deliveries.

Perhaps seniority was given preference after Tamim and Mushfiqur got out as it looked far more natural for Mahmudullah to get most of the remaining overs instead of Shakib or Sabbir, who aren’t as well-versed in slogging. Mahmudullah has been doing this role quite well since 2016, spreading out from his T20 exploits into the ODI arena. The latest example was the ODI against New Zealand last week, when he aced the chase in Clontarf. The Bangladesh team management decided otherwise.

Mashrafe said that it was a problem when two set batsmen, Tamim having scored 128 and Mushfiqur 79, got out in quick succession. “After Tamim got out, Mushfiqur fell the next ball,” he said. “It was the problem for us. We still had Shakib, Mahmudullah and Sabbir but we couldn’t really go through those last six overs. I think we are 20 to 30 runs short, especially on that sort of wicket.”

Mushfiqur, who had struck eight fours in his 72-ball knock, said that he didn’t execute the shot well, ending up giving a simple catch to long-on. But he said that had the subsequent batsmen contributed, a bigger total would have been still possible.

“I knew that on that track you can’t get bogged down in the later part of an over,” he said. “I knew we needed a 330-plus total. Tamim got out and then the next ball I didn’t execute it well. If the other batsmen could have chipped in, in the last few overs, maybe it would have been a different ball game.”

Tamim, who made a fabulous ninth ODI hundred, said that he put the bad ball away quite easily after riding out the initial two-paced nature of the pitch. “When we started the wicket was two-paced: once it was zipping and at other times it was coming slow,” he said. “So it was not that easy to hit big shots or hit down the line. But after the 10th over the wicket started to get better. And with a quick outfield I just batted normally.

“I did not want to do anything special. I was taking one ball at a time. What I did today was I didn’t miss any boundary opportunity. Whenever I got the bad ball I made sure it went for a four or six.”

Tamim suggested that the bowling must be better planned to defend any total. Bangladesh chose to play the extra batsmen and had to rely on Mosaddek Hossain, Soumya Sarkar and Sabbir Rahman to make up the overs. “The lesson is that 300 is not enough,” he said. “But whatever we score, if we don’t bowl to our plans then 400 is not enough too. We need to identify the mistakes we did while bowling and we need to rectify them and make sure next game we are ready. We just need to sit down and think where we could have done things differently.”