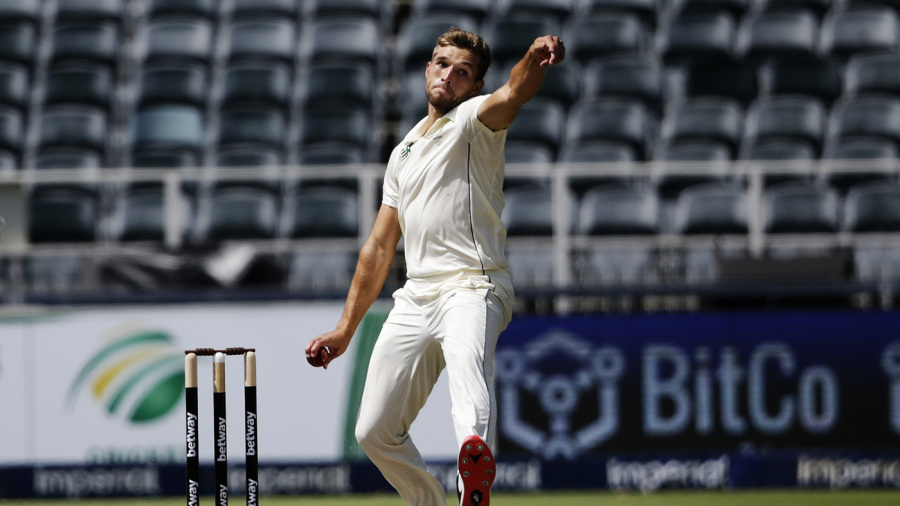 Wiaan Mulder, the South Africa allrounder, has signed to play for Leicestershire as an overseas player in the 2021 County Championship and Royal London Cup.

Mulder, 22, impressed in South Africa’s 2-0 Test victory over Sri Lanka earlier this month, taking nine wickets at 20.55. In first-class cricket, he averages 38.73 with the bat, with five hundreds, and 24.43 with the ball.

As well as three Test caps, has also been played for South Africa in the ODI format, and had a spell in county cricket in 2019 with Kent. He is expected to be available for Leicestershire throughout the summer.

“Wiaan is a top-class allrounder who we have kept an eye on for several months,” Leicestershire head coach, Paul Nixon, said. “He has recently returned to the international scene and we are delighted to have Wiaan sign for us.

“Wiaan is a player who is comfortable batting in the top six and is a first-change bowler at the very highest level. He is highly experienced for a young player and will add a huge amount to our group.

“I have spoken to many people about Wiaan and everybody has good things to say about how he goes about his work. Wiaan is a match-winner who is very rarely out of the game with his all-round abilities.”

Leicestershire finished fifth in the North Group in last season’s Bob Willis Trophy, and will begin the 2021 Championship – which is being played in three seeded groups – in Group 2 alongside Somerset, Hampshire, Surrey, Gloucestershire and Middlesex.