Welcome to our live report of the third day of the Australia-India Test from Brisbane. Join us for updates, analysis and colour. You can find our traditional ball-by-ball commentary here

David Warner’s counterpunch at the end remining us that Australia have still finished the day with a handy lead and two days to go. But the rain forecast for the last two days is sure to play on their minds as they seek a 2-1 scoreline for the series, the only one that guarantees the Border-Gavaskar Trophy for them. Perhaps only Josh Hazlewood goes back feeling like he had a good day today, another incisive day of Test match bowling for him, finishing with a five-for.

For the second innings in a row, India found resistance from their last recognised batting pair to deny Australia a strong push for a win. On this occasion, it was debutant Washington Sundar and bowler Shardul Thakur batting together for 36 overs, across sessions, and making maiden Test fifties to help India post 336 after they were reduced to 6 for 186 just after lunch.

Who is the new Agarkar with the historic 6/41?

It must be said that Josh Hazlewood’s the only bowler who hasn’t lost sight of the right plan to get wickets here. He has been consistently fuller than the other bowlers and, more or less, stuck with his trademark style. In isolation, his figures would look good in any innings. But this is some effort as Australia’s bowlers have shown signs of tiring out.

Starc, with one ball of the over left to possibly end the innings, would rather bowl at Natarajan’s armpit. Interesting #AusvInd 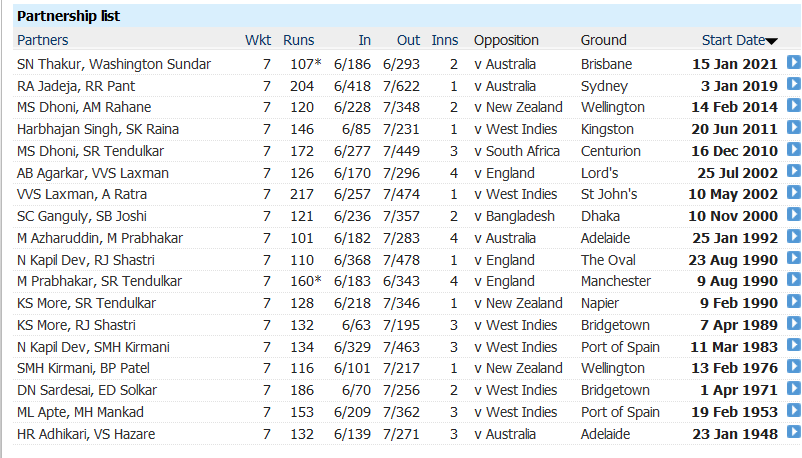 This pair now becomes the 18th seventh-wicket stand to get 100-plus for India in an away series. You don’t know when these guys will be in an Indian XI again. Perhaps Sundar will play in the England series at home. But then you also wonder if that’s why they, and the other newbies before them in this series, have played out of their skins. The Indian Test team is not an easy one to break into these days and there are plenty of players who’ve shown they can do a job in the unlikely event of this many setbacks.

But to zoom back into this match a little – Australia have now gone two innings in a row where they are this close to opening India’s tail end and have just been unable to do it. The frustration is showing, the weather forecasts that Indian fans were frantically checking over the last few days is probably now on Tim Paine’s mind. He’s also put down a half-chance not long ago. The faces tell the story. The session could not have begun better for Australia, but this pair, batting together for the first time in Tests, has wiped away a major chunk of Australia’s advantage. They’ve added 67 – India’s highest 7th wicket stand on this ground – and brought the deficit down to 116. Apart from that, it will grate on Australia that they’ve taken more time out of this Test. Remember, Australia need to make it 2-1 to win the trophy and with rain in the forecast, they’ll need to be out batting pretty quickly if they want to enforce a result.

Quality session first up today and India might have been really proud of how they’ve done if they hadn’t lost Rahane towards the end there. But he had his chances playing exactly the shot that eventually got him, against the same bowler but this time with a plug in the slip cordon. Pujara looked the more assured batsman but was the one who fell first, caught off the thin outside edge yet again as he looked to play the initial angle of a ball that straightened.

For Agarwal, it’s been a much more comfortable innings than he had before being dropped for the last Test. With the older ball not really coming back into him and the bowlers a little more tired than they are when they have a new ball against him as an opener, he’s settled in well and got to play a lot more of Nathan Lyon than before as well. The deficit is still 208 though and Australia still have the upper hand here.

11.17am: Agarwal the middle-order batsman, and Australia’s bowling plans

The No. 5 numbers are from today, so it is his maiden first-class innings in this position. He does still have the Pat Cummins challenge, and it is proving quite difficult for him at that end. But on the other is Cameron Green, against whom he has looked fairly comfortable. He also got to start against Nathan Lyon. You’d think he would be most comfortable against those two in this bowling line-up. Could Australia be applying more pressure on him? The first bits of shadow are visible now as the sun peeks out at the Gabba. Pujara and Rahane have been extremely watchful – and a bit lucky, in the case of the latter – as Australia slam the pitch just short of a good length. That’s also given Pujara, in particular, some boundary scoring opportunities square of the wicket. In the 36th over we saw Starc changing up to a more full length to him, and Hazlewood has immediately started on the fuller side of good length as well. It’s a pitch with pace and bounce, but it’s not as lively as it sometimes appears. Perhaps Australia have understood that keeping these two on their back foots is not as effective at the moment. 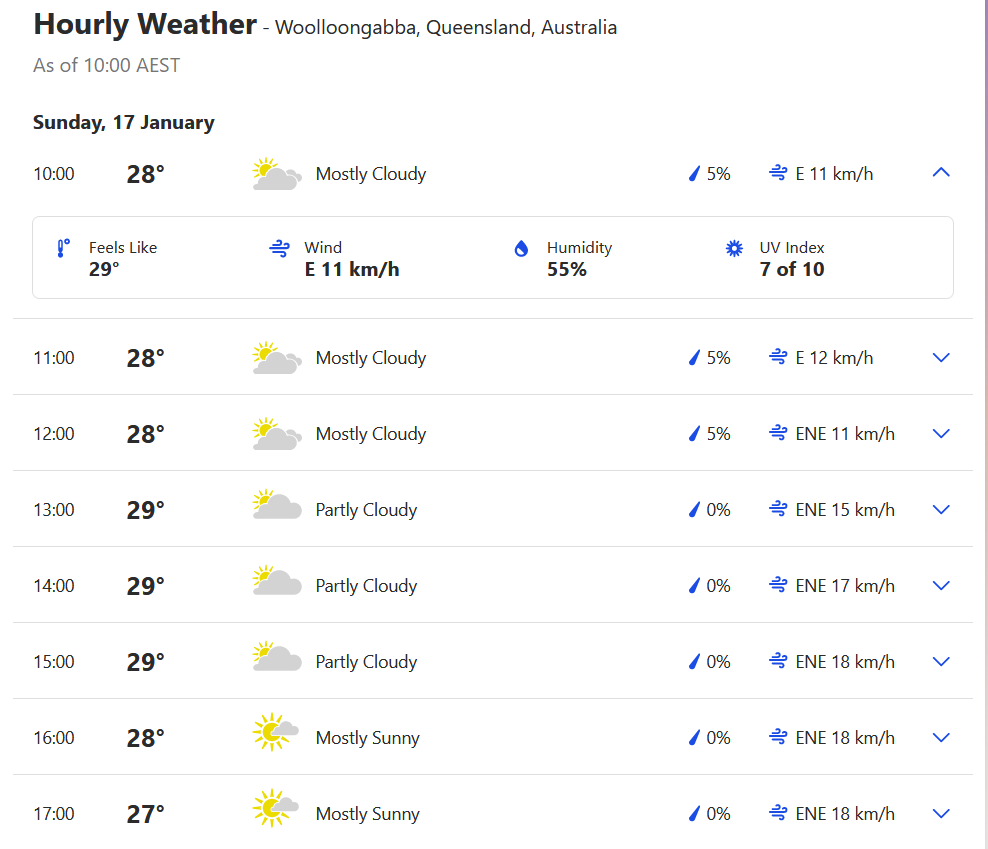 How will India deal with Pat Cummins’ threat? © Getty Images

9.10am: Another crucial first hour

They always are, and India, two down and 307 behind at the moment, have quite a task on their hands. There’s plenty of pace and bounce here at the Gabba, though not a whole lot of seam movement, so it should be a balanced contest between bat and ball. It will be interesting to see if the cracks open up a little more today as well. Cheteshwar Pujara and Ajinkya Rahane are at the crease, after Rohit Sharma fell in polarising fashion. He copped a lot of criticism for the shot he played, having looked so good while settling in, but Sidharth Monga offers some balance in this piece.