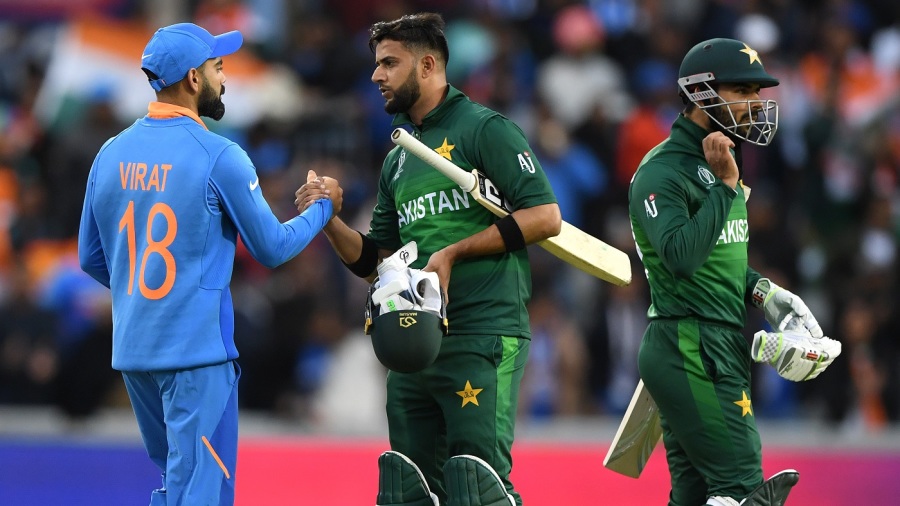 It was, Daniel Gidney says now, a day that changed everything.

Gidney, the chief executive of Lancashire, had heard plenty about the passion of India v Pakistan matches in the past. But he had witnessed Old Firm derbies in Glasgow, the Derby della Lanterna in Genoa, the most raucous of Twickenham internationals and more than his fair share of T20 Roses encounters. He thought he had seen it all.

“It opened my eyes,” he tells ESPNcricinfo. “Our previous chairman, the much-missed David Hodgkiss [who died of Covid-19 in March], had urged me to look east in terms of our future strategy, but I only half got it. After that game, I was all-in.”

So, what was it he witnessed that left such an impression?

“Well, Manchester airport ran out of space for private jets,” he says. “Some planes had to land in Liverpool instead. That’s not even happened for big games at Manchester United.

“Meanwhile, rooms in our hotel [Lancashire run a Hilton which overlooks their ground] were selling for £3,500. And there were a billion people watching on TV. The passion and noise was unbelievable: there was a man on a white horse draped in a Pakistan flag outside the ground. You don’t get that at Lancashire games. I’d not seen anything like it. It became very clear that we had a huge untapped market out there and that India had to be at the core of our future strategy.”

To that end, Lancashire invested in their streaming operation during the 2020 season. Their set-up included seven cameras including the recruitment of specialist ‘ball following’ operatives, and agreed a deal to ensure their games were live-streamed in India on JioTV; a service with more than 350 million subscribers. As a result, “our numbers went bananas” as Gidney puts it. Somewhere around 2.5m unique users (that’s even more than Surrey’s 2020 figures) watched the matches.

Alongside that, Lancashire’s top-order batsman, Keaton Jennings, led a networking delegation from the club to India in January. Alongside representatives from Visit Manchester and VisitBritain, he highlighted opportunities ahead of the 2021 Test between England and India at Emirates Old Trafford. Jennings, as a man who had made a Test century in Mumbai, was seen as a suitable person to break the ice in such discussions, with the opportunity also helping him expand his own experiences with a view to life after his playing career. Old Trafford hosts England’s final Test of the 2021 summer.

More will follow in 2021. The Lancashire team will – virus allowing – return to Mumbai for pre-season training (they also went there in February of this year) with the aim of closer links and, perhaps, friendly matches against Mumbai Indians (they did actually play – and narrowly defeat – a Reliance XI containing around half a team of Mumbai Indians players in a pre-season match in February). A commentary team will also be assembled to ensure the streaming coverage is appropriately complemented. In time, it could lead to a return to the days when Lancashire looked to India for its overseas players.

“At this stage, we’re just interested in growing our audience,” Gidney continues. “In the longer term, yes, we hope to monetise this interest and we will be looking to secure a sponsor for Lancashire TV. My aim is that, one day, everyone in India will see Lancashire as their second favourite team.”

While Lancashire’s off-field performance in recent years has been exceptional – only Surrey can claim to be a bigger club in financial terms these days – the on-field performance has not always matched. But Gidney is keen to assure supporters that the move to embrace the Indian audience, just like the move to invest in a hotel and conferencing business, was driven by a desire to see Lancashire cricket – and cricket in Lancashire – thrive. Previously, the club has pledged to invest profits into reintroducing cricket into state primary schools in the region.

“We’re a cricket club,” Gidney says. “We’re doing all this so we can invest more money into cricket. We don’t have to pay dividends to share holders; we’re looking to develop more cricketers and invest in even better facilities.

“The Indian market is huge and passionately interested in cricket. We can’t ignore the game’s biggest market. We will continue to build strategic relationships that help the club, and our brand, grow on the subcontinent.”