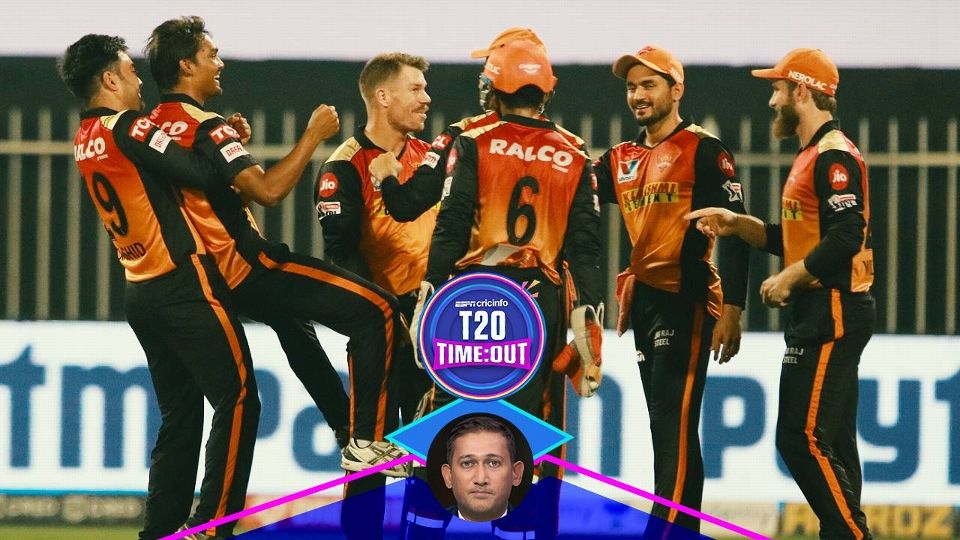 Ajit Agarkar: Wriddhiman Saha has been a revelation for Sunrisers Hyderabad

Exactly a week after the Sunrisers Hyderabad slid to perhaps their worst defeat of IPL 2020, failing to chase down a target of 127 against the Kings XI Punjab, they shrugged off middle-overs nerves to haul in a target of 121 against the Royal Challengers Bangalore and keep their playsoffs hope alive.

It was a win set up by the bowlers, led by Sandeep Sharma‘s excellent 2 for 20. Each of the five bowlers that the Sunrisers used took at least one wicket, and the Royal Challengers innings never took off, stopping at 120 for 7. David Warner didn’t need to turn to Abhishek Sharma – in for the injured Vijay Shankar – or Abdul Samad for part-time overs, with the frontline bowlers doing the job splendidly.

In the chase, Wriddhiman Saha continued his good form at the top of the order, and his 32-ball 39 meant the Sunrisers had enough of a run-rate cushion when Yuzvendra Chahal induced a middle-order wobble. The Sunrisers were cruising at 60 for 1 in the seventh over, but slid to 87 for 4, with all of Warner, Manish Pandey, Kane Williamson and Saha dismissed. However, Jason Holder showed what a valuable addition to the line-up he could be, calmly swatting an unbeaten 26 off just 10 balls to bring up victory in 14.1 overs.

After that defeat to Kings XI, the Sunrisers had needed to beat the top-three teams in the league in the Delhi Capitals, the Royal Challengers and the Mumbai Indians, a task that seemed daunting. Two thirds of the way into that final stretch, they’ve secured two handsome victories.

Sharma gave the Sunrisers the perfect start getting both Devdutt Padikkal and Virat Kohli inside the powerplay for single-digit scores. Sharma has done this often for whichever team he’s played for – not only getting wickets upfront but getting key wickets. He used the weapons he generally does, swing both ways coupled with hard-to-pick slower balls. He castled Padikkal with one that swung back in, and then foxed Kohli with an outswinger after having bowled the ball into him, and he ended up chipping to extra cover, falling to Sharma for the seventh time – the most he has gotten dismissed by a bowler in the IPL. That start, and continued tight bowling, meant the Royal Challengers could get to only 30 for 2 in the powerplay.

Rashid Khan continued to be fiendishly difficult to read, forget about being taken for runs. He conceded a boundary to AB de Villiers early on, when he pitched on too short, but that was after having beaten the batsman three balls in a row in his previous over. Josh Philippe had to read him off the pitch almost exclusively, not picking his leggies, googlies or sliders. The Royal Challengers had a brief moment of fortune when Shahbaz Nadeem put down a return catch from de Villiers when the batsman was on 4, but Nadeem got the wicket later on, when a rasping cut found deep point. In the next over, Rashid had Philippe holing out at deep midwicket.

The Royal Challengers had brought in Isuru Udana and a fit-again Navdeep Saini for this game, leaving out Dale Steyn and Shivam Dube, and the gamble of strengthening their bowling at the expense of their batting backfired as they lost their top four inside 12 overs. Washington Sundar played a decent hand to avert a collapse, but their eventual total was still meagre.