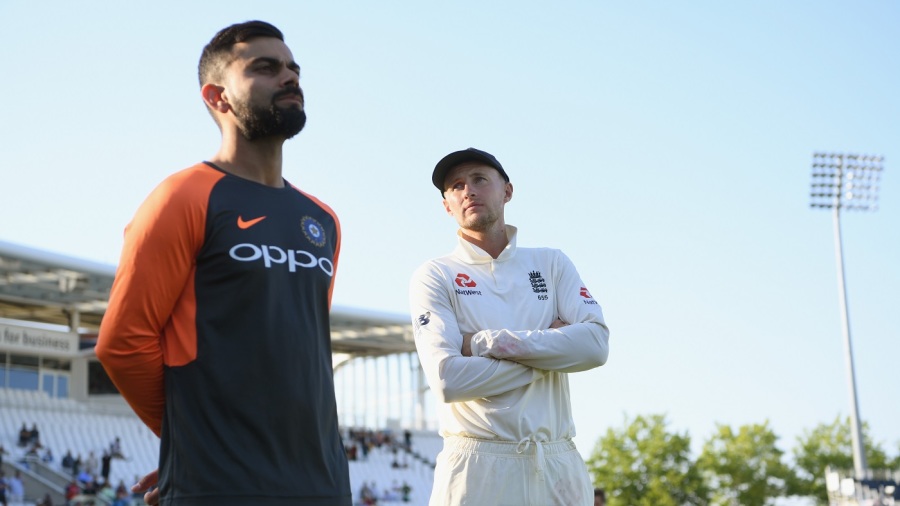 The ICC is considering splitting points for unplayed games in the current World Test Championship (WTC) cycle, as it prepares to host the final in June next year. That is one of two options to be considered by its cricket committee next month, on how to manage the points system in a league disrupted by the Covid-19 pandemic; the other option considers only those matches actually played by the end of March and bases final positions on the percentage of points sides have won from those that they’ve contested.

The aim is to have clarity in place by the time the next WTC commitment begins, with West Indies’ two-Test series in New Zealand in December this year. Any decision from the cricket committee would have to be signed off by the chief executives’ committee.

A significant number of Tests have been postponed this year because of the pandemic. In many cases, it isn’t clear when they might be rescheduled to, let alone whether they can be squeezed in within this WTC league cycle, which concludes at the end of March 2021. 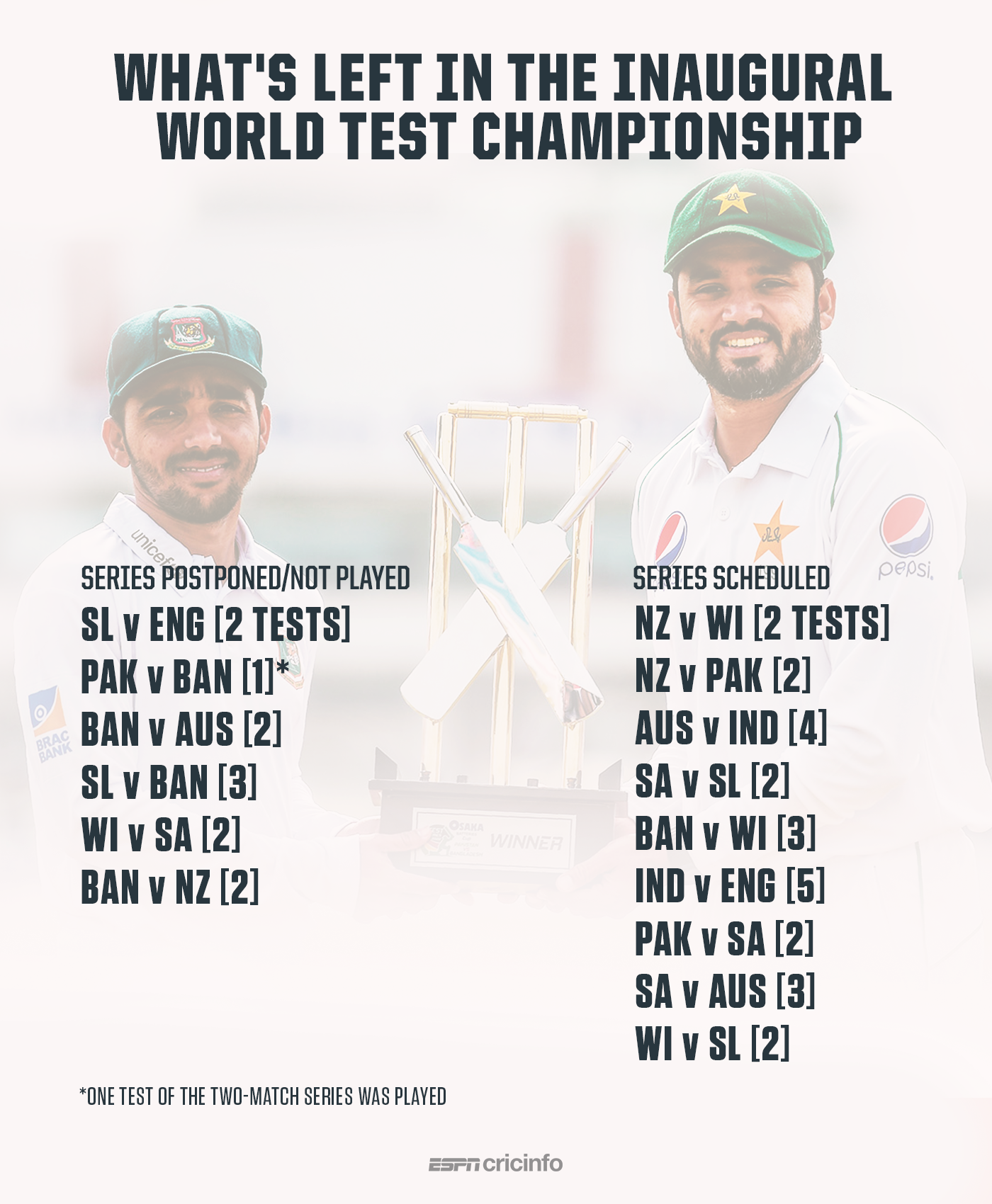 That has thrown an already imperfect league structure – where sides play a different number of total Tests and not every side plays the other – into further complications. But, as the decision has been taken to conclude the league and play the final, what could be described as the “least bad” option is being sought to account for the impact of the disruption on the points table.

Splitting the points would be within the regulations as they stand, whereby all Tests in the cycle that can’t be played (through no fault of either side) are deemed draws. In that scenario, both sides receive a third of the points available for a Test (120 points are available for every series). Basing it on percentages of points played for would require a tweak to existing regulations.

There remains hope that a substantial number of the remaining commitments until the end of March will still go ahead. New Zealand, for example, have a full home summer, and South Africa are aiming to host Sri Lanka and Australia between now and next March. For now, Pakistan expect to host South Africa in January-February. Australia, England and India, meanwhile, will complete their commitments against each other by the end of March.

As things stand, however, only India and England have a realistic chance of playing all six of their respective WTC series. For England, that depends on whether their Sri Lanka tour goes ahead. Pakistan can play six series but one against Bangladesh wouldn’t have been completed. Neither option is likely to feel satisfactory, not least for a side like Bangladesh, who could end this cycle having only played three of their six series. But a resolution is necessary given the push to complete this first WTC cycle.

It was only last week that it emerged the final was going ahead at Lord’s in June next year, when Tom Harrison, the ECB CEO, said his board had been in discussions with the ICC about its staging. That was the culmination of a few weeks of communications between the ICC and its members, in which some boards preferred to see the final postponed and others the cycle completed. One of the concerns cited by those wanting postponement was about the integrity of a league in which a final is held without all games in the run-up to it being played. Those in favour stressed the importance of completing the inaugural cycle of a tournament that had unanimous backing when conceived, even with imperfections.

Postponement was the favoured option, though when practicalities were explored, a workable alternative could not be found. The lack of space in the calendar, in fact, is one of the driving reasons why there is keenness to ensure a final takes place next June and the first cycle of the league is officially completed.

Soon after the final, the second WTC cycle starts with India’s Test series in England. After that, preparations – and attention – turns to the T20 World Cup in India and the year ends with the Ashes in Australia. Apart from the oddity of completing the first season of a league while the second is ongoing, there is a worry that between these high-profile events and series, the impact of a first World Test Championship final will be lost.

With this in mind, and based on feedback from those in favour, the decision was taken to push ahead with the final.

Osman Samiuddin is a senior editor at ESPNcricinfo