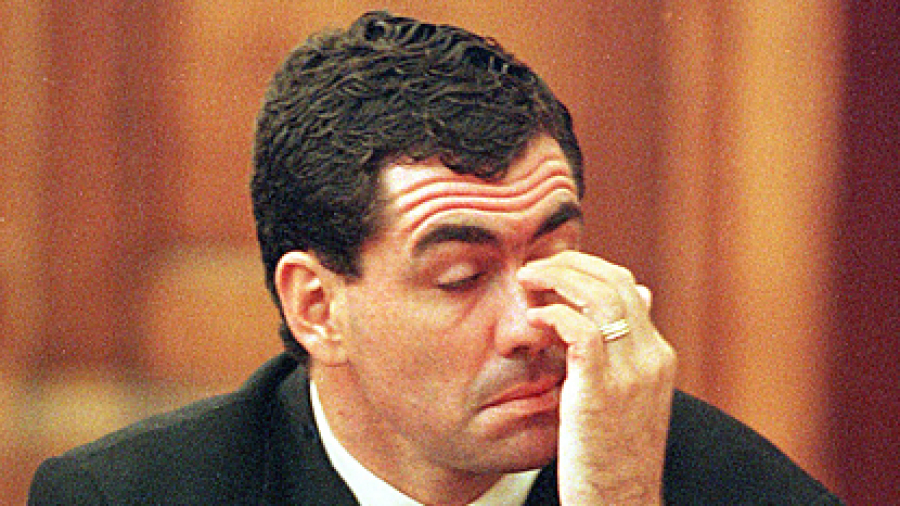 A tired Cronje at the King commission trials © AFP

Sanjeev Chawla, an alleged bookie, was extradited from the UK on Thursday. He is one of the primary accused in the 2000 match-fixing scandal that involved former South African captain Hansie Cronje.

Chawla’s extradition was sought by the Delhi police, who had filed a chargesheet in 2013, naming him along with five others including the late Cronje, for conspiracy to cheat, a criminal offence under Section 420 of the Indian Penal Code.

Apart from Chawla and Cronje, the other accused were: Rajesh Kalra, Krishan Kumar and Sunil Dara, all based in India along. Only one, Manmohan Khattar, is believed to be living overseas. In the chargesheet, the Delhi police said Chawla and the other five accused were charged with IPC 420 (cheating) and 120B (criminal conspiracy). The chargesheet cited 65 witnesses and ran over 2500 pages, but the operative portion were only 80 pages.

The Delhi police had sought Chawla’s extradition because of his alleged involvement in the match-fixing controversy which eventually implicated Cronje, who confessed during the King Commission inquiry to accepting money from bookies to fix matches during South Africa’s ODI series in India in 2000.

Chawla’s extradition was approved by the UK Home Secretary Sajid Javid in February last year under the India-UK Extradition Treaty 1992. On June 14, 2016, Chawla was arrested in the UK after the Indian government sought his extradition in February that year but was let out on bail. In January 2019, the Westminster Magistrates’ Court, which had blocked the extradition in 2017 on human interest grounds, eventually asked Javid’s office to take the final decision.

In January this year, Chawla contested the extradition on humanitarian grounds in the Royal Courts of Justice, London, but lost the appeal. In a last-ditch attempt, Chawla then approached the European Court of Human Rights, which is based in Strasbourg (France), to block the extradition. In his appeal, Chawla cited his rights under the European Convention on Human Rights, to which the UK is a signatory. On February 6, they rejected his plea.

On Thursday, Chawla landed in Delhi accompanied by the team of the Delhi police’s crime branch. He will be housed in Delhi’s Tihar jail ahead of his trial. Chawla’s acquisition is a major shot in the arm for the cops and has re-opened the investigation that shook cricket at the turn of the millennium. Cronje’s links to the bookies were unearthed by an investigating officer Ishwar Singh, who was probing an unrelated extortion case in early 2000.

Upon further investigations, the Delhi Police found that Cronje had persuaded some of his team-mates to agree to underperform in an ODI in 2000 during the India tour. Subsequently, batsman Herschelle Gibbs and bowler Henry Williams were banned for six months each and fined by South African authorities for their part in the scandal.