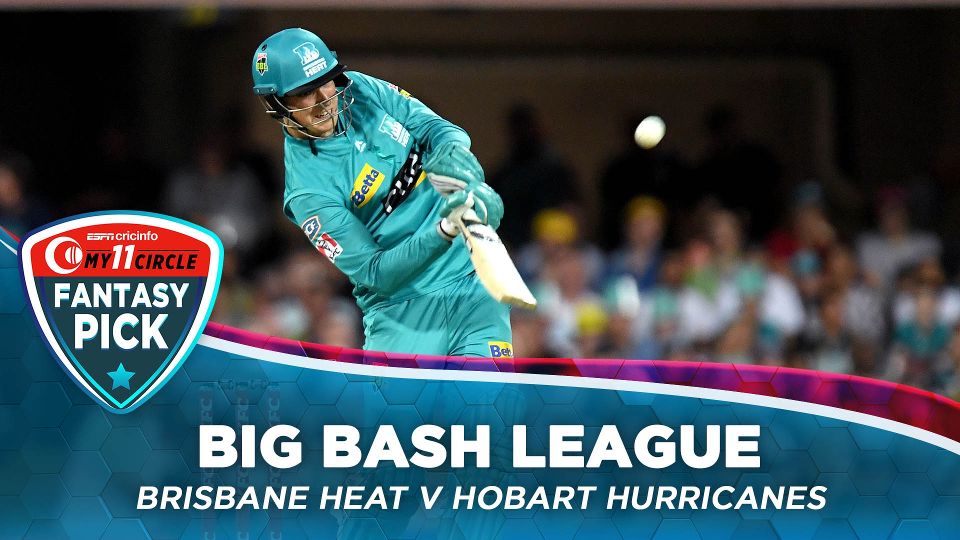 NOTE: We might not always be able to tip you off about a late injury (or other relevant) updates. D’Arcy Short heads to India for at least two weeks for the Hurricanes while Riley Meredith (side) and James Faulkner (calf) are on the sidelines. Joe Burns is back for the Heat but is unlikely to get a starting place right away

In-form batsman against a depleted bowling unit? The Heat’s Tom Banton is the man to put all your money on. Only a slightly better pick than Chris Lynn for captain because he is the regular opener.

With D’Arcy Short absent, Wade, last season’s second-highest run-getter, would take the opener’s slot straight away and by the standards he set last season – 592 runs at a strike rate of 146 – he could be a really good option as the vice-captain.

His 88 against the Hurricanes the last time around, a 170-plus strike rate this season and his reputation as a destructive T20 batsman all work in his favour for this game.

He’s not only the best wicketkeeping option for the game, he will also be one of Hurricanes’ main batsmen without Short and possibly David Miller, who could be out as a precautionary measure after an injury scare. Furthermore, the Hurricanes captain is the only other batsman in the side apart from Short who has a fifty this season.

Heat’s highest wicket-taker so far will be relishing the prospect of bowling against a batting side without Short and possibly Miller. The BBL’s all-time leading wicket-taker, hence, could be another option as captain or vice-captain.

He is the kind of player who puts a price on his wicket. He has scores of 25, 27 and 26 in his last three outings, indicating that he might be ready to kick on and get a big one.

Without Meredith and Faulkner, Ahmed could bowl at the Heat’s big hitters, and if he finds his rhythm, there could be a few wickets in the offing. Besides, spinners have done better at the Gabba with an economy rate of 7, as opposed to the quicks who leak 8.69 runs per over.

The average first innings score here is 150. If the Heat are batting first, best to pick a captain from their side and have more of their batsmen. If the Hurricanes bat first, you can gamble on having more of their bowlers.