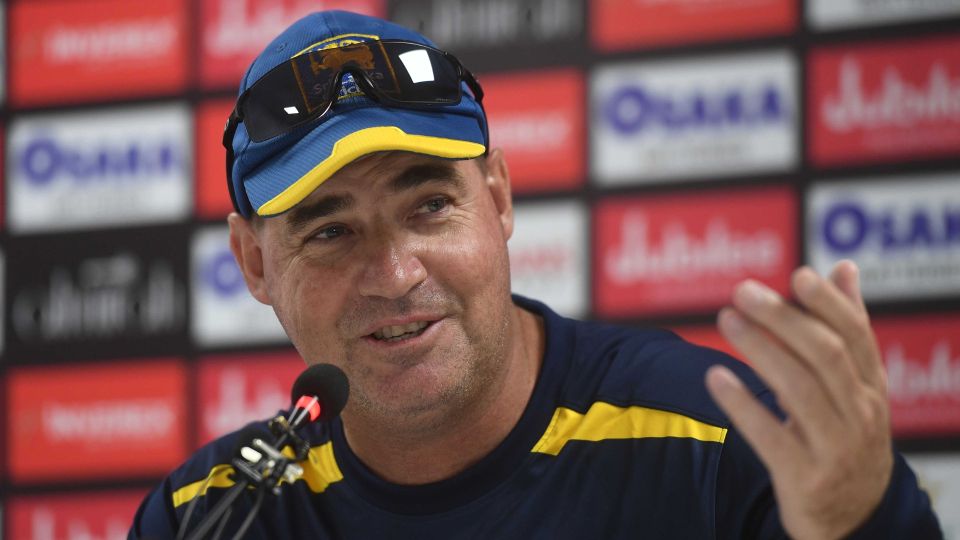 Both Sri Lanka and their new coach Mickey Arthur weren’t supposed to be facing the tough questions from the press in Indore on Tuesday night. Zimbabwe had been slated to tour India and Arthur was in line to coach defending champions Central Stags in the ongoing Super Smash T20 competition in New Zealand. But here they are, 0-1 behind.

This is Arthur’s first T20I series as Sri Lanka’s coach, and he faces the challenge of overseeing their T20 World Cup plans, which will begin with qualifying for the tournament in Australia later this year. That bit probably became even tougher after Sri Lanka suffered their fourth successive defeat in the shortest format. The margins of those defeats have been particularly alarming – 134 runs, nine wickets, seven wickets and seven wickets again.

After Sri Lanka were asked to bat on a flat pitch in Indore, opener Avishka Fernando looked good, especially when he drove or punched on the up. Kusal Perera and Danushka Gunathilaka weren’t as fluent, but every time they backed away and targeted the off side, they looked threatening. Each of the top three made at least 20, but nobody could press on and make it count.

Sri Lanka nearly soaked up 50 dots in their innings, which cost them the match, according to Arthur. “We had a couple of our batsmen getting starts, but starts are not good enough,” he said at the post-match press conference. “Somebody needs to get a 60 or 70 or 80 for us, and that is going to be the journey for us. It is quite a young batting unit and if you look at how we average, we average about what we got [142 for 9] tonight.

“For us as coaching staff and players we have got some serious work to do in terms of game-plan, match awareness and playing the big moments. I think we had 49 dot balls tonight, which is too many, as the best teams in the world [would] have 25 dot balls. That is something we need to keep working on.”

Arthur said that by piling up the dot balls, Sri Lanka applied too much pressure on themselves, which prompted the middle and lower-order batsmen to take multiple risks, which is a bad place to be against a skillful India attack. Bhanuka Rajapaksa, Sri Lanka’s hero in Pakistan, Dasun Shanaka, their finisher, and Isuru Udana, their No.1 allrounder, were all out swinging hard at the ball. Legspin-bowling allrounder Wanindu Hasaranga added a semblance of respectability to Sri Lanka’s total by taking the returning Jasprit Bumrah for three fours in a row to close out the innings. However, 142 for 9 was nowhere near enough to challenge India.

“It was a lack of awareness of the game that was actually required at that given time,” Arthur said. “And you can see with our players there’s some much flair. They’ve got all the skills, but it’s that ability to rotate the strike [that’s missing]. And if you’re not rotating the strike, that causes you to look and try and play the big shots, which they did and India were good enough to put them under that sort of pressure that causes those type of mistakes.”

Arthur, though, is pleased that Sri Lanka have identified a core group and hoped to bring his vast coaching experience to turn things around. He drew confidence from having lifted a Pakistan team that was in similar flux to No. 1 on the ICC T20I rankings. He reckoned that the turnaround might take longer with Sri Lanka and even set his focus towards building a strong pool for the 2021 T20 World Cup in India.

“The exciting thing for me though is that there is a very young core group of players and they are very skilled,” Arthur said. “But we need to coach game-plans, match awareness; we need to coach how they can construct innings and that for me is the biggest challenge as a coach. It is kind of like what I stared with in South Africa; it was exactly the same when I was in Pakistan. Pakistan was a team that was ranked No. 9 in T20 cricket and we got Pakistan to win 11 series in a row–we did not play India–and got ourselves to No. 1 in the world. There were good values because we used the sum of our parts. There were guys who could hit [the ball]out of the park but we learned how to play to our strengths. And that is kind of what I see with Sri Lanka.

“It is going to be a challenge. We’ve got eight months to that 2020 World Cup – I am thinking even one World Cup further than that–I am thinking [about] coming back here in 2021 when the guys would be a real finished article, but it is going to take a lot of work. In coaching, that is what your biggest challenge it, and that is why you do it. “

Arthur’s immediate task is to put the recent heavy defeats behind and help Sri Lanka square the series in Pune on December 10. The tourists will have fond memories of the MCA stadium, having toppled a full-strength India there in 2016. They might have to do without the Udana though. The 31-year old did not bowl in Indore after hurting his back while fielding. Arthur said that he was in “hell of a lot of pain” and that the management will consider recalling former captain Angelo Mathews for Sri Lanka’s must-win match in Pune.

Deivarayan Muthu is a sub-editor at ESPNcricinfo