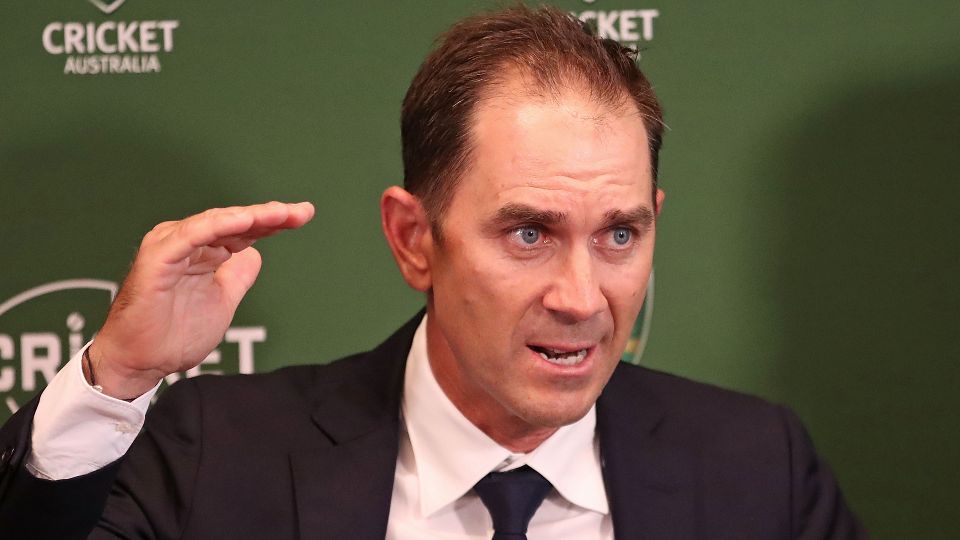 Not even the upheaval wrought by the Newlands Test stopped Justin Langer from his inexorable path towards the task of coaching Australia, and in many ways it makes the challenge all the more enticing. It also somewhat mirrors the dysfunction into which he entered as Western Australia’s coach back in 2012, after three years as an assistant to the national team. Following Langer’s formal appointment, ESPNcricinfo breaks down the various challenges he faces, and his initial thoughts on tackling them.

One of Justin Langer’s oft-quoted phrases is “culture is behaviour”, a saying he has personally followed with monastic thoroughness since his earliest days as a fiercely aspirational young batsman. Lacking some of the more outsize batting talents of his contemporaries, Langer worked assiduously at mental and technical improvement, becoming the hardest man to dismiss in domestic cricket while slipping in and out of the national team. When he finally gained a more permanent berth as Matthew Hayden’s opening partner at the conclusion of the 2001 Ashes, Langer unleashed a more shot-laden and aggressive streak. By his career he set an example he has been able to draw upon as a coach. Earnest discipline combined with uncompromising cricket: that will be the culture Langer seeks to impart.

“I think one of the things that’s really important is we keep looking to earn respect. To me respect is worth more than all the gold in the world. To earn respect on and off the cricket field. Another really important foundation over the last six years in WA cricket is we look to encourage great cricketers and great people. It’s not just about how we play our cricket, it’s also about being good citizens and good Australians. The Australian cricket team, the public will be disappointed if we don’t play hard competitive cricket. That said, we can also modify our behaviours. Over that time, I was lucky to play with great competitors. We talk about Allan Border, Shane Warne, Glenn McGrath, Adam Gilchrist and Steve Waugh. They played hard but they were also outstanding people. We modify our behaviour a bit so that it’s not angry or not over-aggressive but we’re still aggressive in the mindset that we play with the bat and the ball.”

“I love the way [David Warner] plays his cricket. Has he got areas to get better at? Yep. Has Steve Smith? Yep. Has Cameron Bancroft? Yep. Every single person in Australian cricket? Yep. If we can keep mentoring and helping them and they want to get better and meet the standards of the Australian cricket team of course they will be welcomed back.”

Langer was implored to return to the Australian set-up during the 2009 Ashes by then coach Tim Nielsen and captain Ricky Ponting. He would stay on until late 2012, whereupon he accepted the commission to coach a dysfunctional WA. The signal moment arrived a few games into that first season, a tale Adam Voges has recounted. Realising the team had celebrated a win a little too raucously with another match soon to follow, Langer pounced the next morning. “We thought all we were doing was grabbing our bags at the oval on the way to the airport, but it turned very quickly into ‘Get your running shoes on, get your shorts on, and start running’.” From that day forward the WA/Perth Scorchers alliance has become one of the most admired (or envied) in Australian cricket, winning trophies while shaping players.

“Hopefully the last six years in WA cricket has been a dress rehearsal. When I went into the job back then we were spending more time on the front pages than the back pages. We went about setting some really strong values, some really simple rules. One of the things about leadership it can be quite lonely. You have to be on it every single day. if someone does something well you say well done, that’s how we do it around here. If they don’t, no, no, no, that’s not how we do it. How people view us, that’s none of our business. We know in this world everyone has got an opinion and they’re able to voice their opinion. If we go about our behaviours on and off the field really well those outcomes will look after themselves.”

On his Test debut in Adelaide in 1993, Langer was targeted by a fearsome West Indian side that, after he was hit on the back of the helmet by an Ian Bishop bouncer, questioned his courage and ability. From that tough school Langer emerged as an advocate for Steve Waugh’s “mental disintegration”, and does not resile from the fact he believes Australian teams should be able to compete with noun, verb and adjective as much as bat and ball. But he is also aware that times have changed and so too do teams – his WA side has been tough in approach but nowhere near as vocally hostile as Australia. A balance will need to be struck.

“October 3 every year I’ll read the same headline. I’ve laughed about this the last 25 years. Every team that comes over, how are you going to combat the Australian sledging. They go ‘we’re not going to be scared of the Australian sledging’, it’s going to be great headlines. I’ve probably seen two incidents in my whole career where it got really personal and it crossed the line. There was one with Glenn McGrath and [Ramnaresh] Sarwan in the West indies, that was a very sensitive time for Pigeon. It probably crossed the line and there were consequences for that. I saw it one other time, we’ve always played hard. Some of the best banter is among each other to get the opposition thinking about other things. Mental toughness is about being 100% focused on the next ball. If you’re worrying about what you just said to me there’s a distraction. We all know what the acceptable behaviours are. There’s a difference between the competitiveness and aggression and we have to be careful with that.”

During a Test in Sri Lanka in 2004, Langer was caught on camera tipping off a bail at the batsman’s end as he crossed the pitch between overs, leading his captain Ricky Ponting to appeal to the umpires for hit-wicket. While many observers questioned the incident and its implications, Langer always maintained it was accidental and was cleared of wrongdoing by the match referee. By common Australian custom, Langer always awaited the umpire’s decision, famously being reprieved from a caught-behind verdict by the umpire Peter Parker – who had mistakenly given Langer out in the first innings – during the epic fourth-innings Hobart chase of 1999. Those close to Langer have often talked about his tendency to see things in terms of absolutes, right and wrong.

“Culturally and historically, we look back at the old Anzac spirit we were renowned [for], we were great fighters, we looked after each other, we looked after our mates. Adam Gilchrist, elite sportsman, walked when he got out. I never walked. I loved batting so much I didn’t want to get out. That’s one of the great things about being Australian, we are fighters. Ultimately everyone knows what right and wrong is. We get taught that since when you’re a little kid from your parents, through school. If our players literally stick to that, right or wrong, they’ll be okay.” Langer found himself on the outside of the Australian team on plenty of occasions, going on almost as many tours as a reserve batsman as he would later do as a member of the first XI. To that end he needed continual improvement to keep himself in contention. In terms of discipline, Langer has dealt firmly with numerous members of the WA squad at times, but kept an emphasis on learning from mistakes. More pragmatic as a coach than he has at times appeared, Langer is likely to be open to the returns of the “Newlands Three” given that Australia’s vaunted bowling attack will be blunted without adequate runs to defend.

“We’ll learn from what’s happened. Cameron Bancroft and Steve Smith, literally besides Mike Hussey, love the game more than anyone I know. They are cricket tragics, and they’re great kids. That’s why it was such a surprise they made the mistake they did. Davey Warner is the same. He’s a really good young bloke, he made a mistake. I love the way he plays his cricket. Has he got areas to get better at? Yep. Has Steve Smith? Yep. Has Cameron Bancroft? Yep. Every single person in Australian cricket? Yep. If we can keep mentoring and helping them and they want to get better and meet the standards of the Australian cricket team of course they will be welcomed back.”

With WA, Langer’s prime achievement was to forge a singular identity regardless of whether it was the Warriors or the Scorchers. This closeness and sense of shared purpose was something he took from his years in a dominant Australian dressing room, an experience he has often spoken about at a level of hyperbole that can make those who see the team as a representative side somewhat uncomfortable. Nevertheless, Langer will be quick to try to stamp out the divisions that emerged in the aftermath of Cape Town, between bowlers and batsmen, and Warner and the rest. He can also be expected to place a high premium on keeping things in-house, following the “praise in public, criticise in private” attitude that characterised much of Steve Waugh’s Australian captaincy.

“Elite mateship within the Australian cricket team’s going to be a key value. We’ll have to work on that. If you have that camaraderie, it’s the glue that keeps everything together, particularly when you’re under pressure. I would say, without being in it, that camaraderie wasn’t as tight as it needed to be because we were under pressure. I like us all to be tight, not just the players, the support staff, Cricket Australia. It’s like the great paradox for me, it was so competitive getting into the team, but when you walk through the doors with the baggy green it was like a brotherhood, it was like a nightclub, it was awesome, you’d walk in and they are like my brothers – Matthew Hayden, Adam Gilchrist, Ricky Ponting, Glenn McGrath – they are literally like my brothers. That’s what we have to keep promoting in the Australian cricket team.”

Given how badly the team fell apart at the back end of the South African tour, Langer’s first and most urgent task will be to build a competitive side with restricted batting resources. Beyond the forthcoming Australian summer, the prizes are rich – the 2019 World Cup and Ashes double – but befitting his connection to Waugh, Langer’s eyes are on India, which has once again become a frontier for Australian overseas success.

“If I fast forward it, the Indian tour against India, the Test tour in three or four years time, to me that’s the ultimate. We will judge ourselves as a great cricket team if we beat India in India. I look back on my career, the Mt Everest moment was 2004 when we finally beat India in India. We’ve got to get better at playing away, we’ve got to get better at playing overseas.”