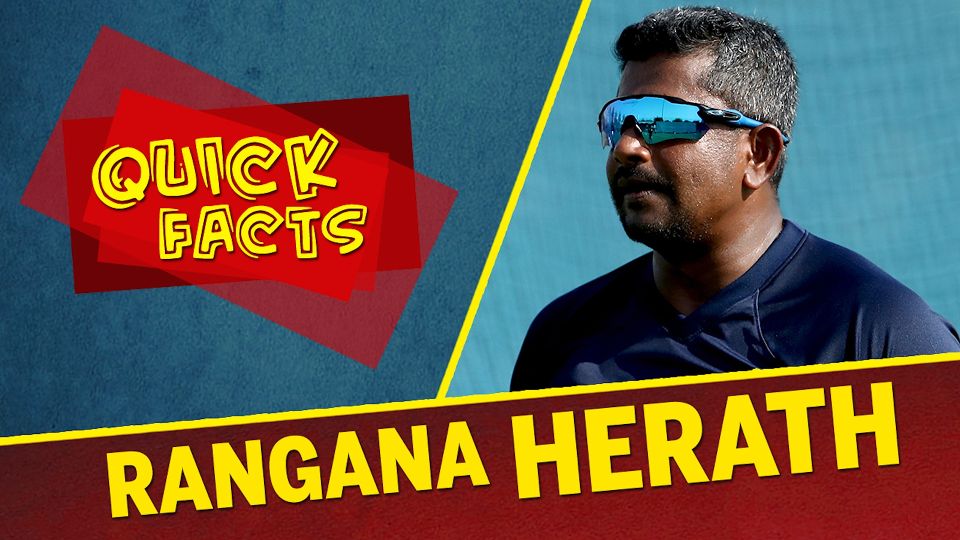 Rangana Herath has been ruled out of the third Test against India, with Sri Lanka Cricket confirming the left-arm spinner has injured his back*. Legspinner Jeffrey Vandersay, who is uncapped in Tests, is likely to be named as replacement for the match which starts in Delhi on December 2.

Herath went wicketless in the first Test on a seamer-friendly pitch in Kolkata but contributed with a handy 67 to hand Sri Lanka a crucial lead of 122 runs in the first innings. In Nagpur, where the Indian spinners picked 13 wickets, Herath finished with figures of 39-11-81-1 as India had to bat only once.

Despite troubling the Indian batsmen in the first Test, Sri Lanka’s bowlers picked only six wickets in the second Test and will be without their most experienced bowler now. Vandersay brings with him an experience of 11 ODIs and seven T20Is in which he has collected 14 wickets in all. His ODI average is an unimpressive 43 but he has an economy rate of 5.74 which rises to 7.37 in T20Is.

Sri Lanka also have left-arm wristspinner Lakshan Sandakan in the squad who has played seven Tests but went wicketless in the tour game in Kolkata before the Test series.

*0430 GMT, 29 November The story was updated with news of Rangana Herath’s injury