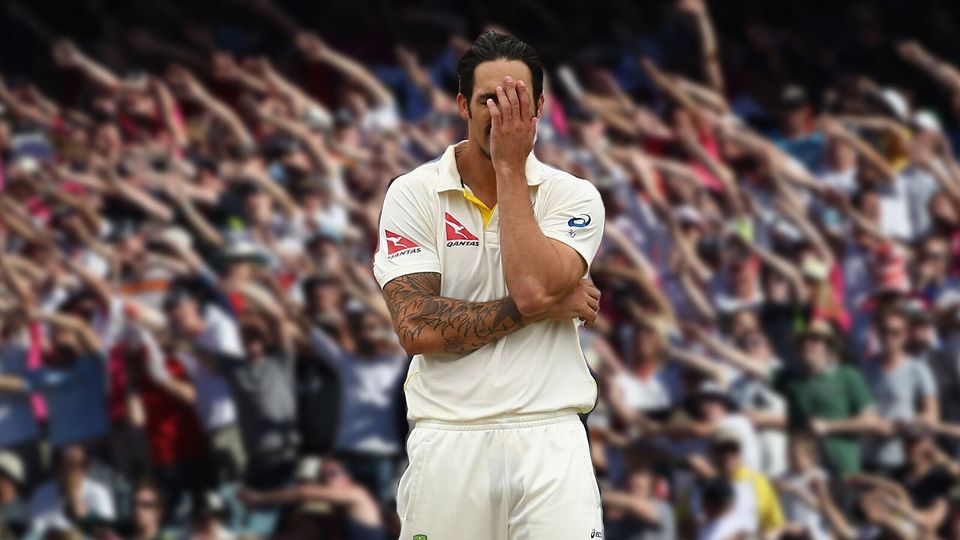 No Filter Ashes: What did Mitchell Johnson sing to himself?

Steve Smith, Australia’s captain, may have called for his side to reopen a few English scars when the Ashes get underway at Brisbane later this month, but the man who, four years ago, inflicted more physical and mental pain on England’s cricketers than any other player won’t be adding to that grief on this tour.

Mitchell Johnson, whose 37-wicket haul in 2013-14 was the impetus behind Australia’s 5-0 Ashes whitewash, has declined an offer to play for a Western Australia XI in England’s two-day warm-up at the Waca that gets underway on Saturday.

Johnson, who turned 36 today, retired from Test cricket in 2015 with a tally of 313 wickets at 28.40 to his name. However, he remains a fixture in Australia’s Big Bash League, and returned the most economical figures in the tournament’s history last season, claiming 3 for 3 in the semi-final against Melbourne Stars.

His record against England at the Waca was particularly formidable, with 15 wickets at 14.80 in two Test wins, including a memorable haul of 6 for 38 in a series-levelling win in 2010-11.

However, according to a report in the West Australian, Johnson has opted out of using England’s first match of the tour to warm up for the BBL, which gets underway in December.

Had Johnson come out of mothballs for this match, it would have revived memories of England’s traditional tour-opener at Lilac Hill in the 1990s, when another great former Western Australia fast bowler, Dennis Lillee, used to charge in for one more tilt at the Poms. In 1994-95, at the age of 55, Lillee dismissed both Mike Atherton and Graeme Hick in single figures.