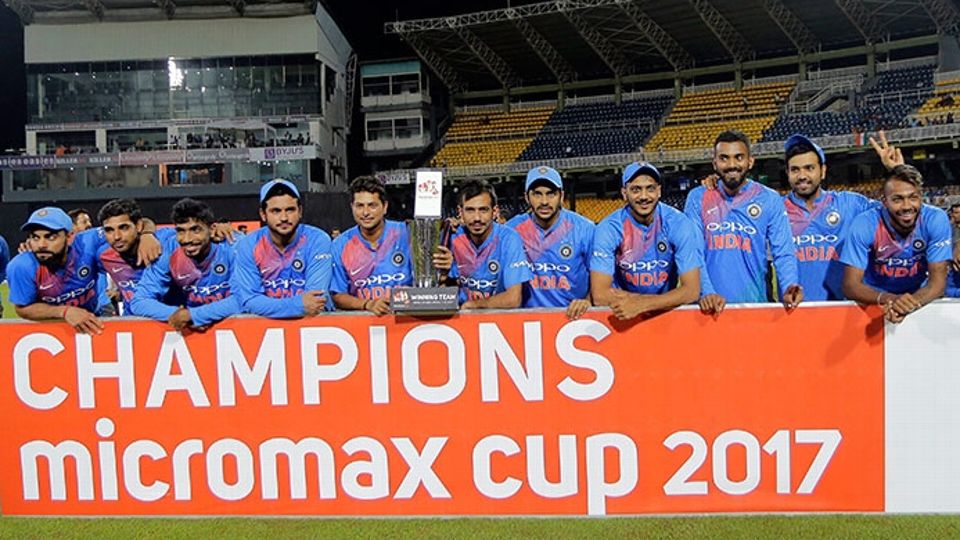 Over three weeks of practice, travel and press conferences – where they have had fewer places to hide than on the field, making them the most exhausting exercise of all – Australia arrive in Ranchi with … a clean slate. The T20I series stands 0-0, and the format is such that one player having a good day can change everything. Or enough things. Given his luck, Steven Smith will probably settle for waking up on the right side of the bed.

India, meanwhile, have … well, let’s put it this way, their Man of the Series in the ODIs was both caught and run-out off the same ball and yet welcomed back to the crease to resume batting. The change in format is unlikely to adversely affect them, though they may want to revisit their methods. Building an innings gradually, taking as little risk as possible, took them to the semi-final of a home World T20 but no further. Brute force is the way to go, as West Indies have often shown.

Following that template could be the best way forward for Australia too, although whether they are in the mindset to do so is a different matter. In assessing a spate of collapses, former opener Justin Langer said the players aren’t looking forward to being in the middle and upon landing in Ranchi, the acting head coach David Saker admitted “a lot of them are playing a little bit scared”.

The visitors’ frankness – nearly everyone that has spoken publicly has put their hands up and admitted fault – is admirable. But they would desperately want to sit in that chair or stand up to a mic and get asked slightly more pleasant questions. This year, Daniel Christian has two T20 titles, and a runners-up medal. He was adept at clearing the boundary as soon as he stepped out to bat and a few tweaks made to his bowling ahead of the 2016-17 Big Bash League also helped him regain some of his lost pace. Whether all that will help him cut it in international cricket again – he hasn’t played a T20I since April 2014 – remains to be seen.

“The only thing that is not happy that I am still playing is my body,” said Ashish Nehra. Now if he is able to get into the XI with his 38-year-old-held-together-by-duct-tape frame, when India have Bhuvneshwar Kumar, Jasprit Bumrah and Hardik Pandya as seam-bowling options, we will have proof that age really ain’t nothin but a number. Or that the team management simply wants to rest their frontliners.

India might want to retain their first-choice XI, because the six-day break between the ODI and T20Is might have helped refresh them a bit, but KL Rahul, Axar Patel and Ashish Nehra will be pushing for spots.

There is a chance for as many as four new players in the Australian XI who do not bear the scars of the ODI series loss – Moises Henriques (if Glenn Maxwell remains out of favour), left-arm quick Jason Behrendorff, allrounder Dan Christian and Tim Paine, the only specialist wicketkeeper.

Heavy rain around the vicinity of the stadium in Ranchi meant the pitch spent some time under covers. More of the same is forecast on match-day afternoon.

“It’s always great fun playing alongside him. He has got plenty of experience to share and is very helpful. As a youngster, I keep asking him questions and seek his advice. The team atmosphere also becomes very good with his presence, so it’s very nice to see him back”
India seamer Jasprit Bumrah on Ashish Nehra’s return.