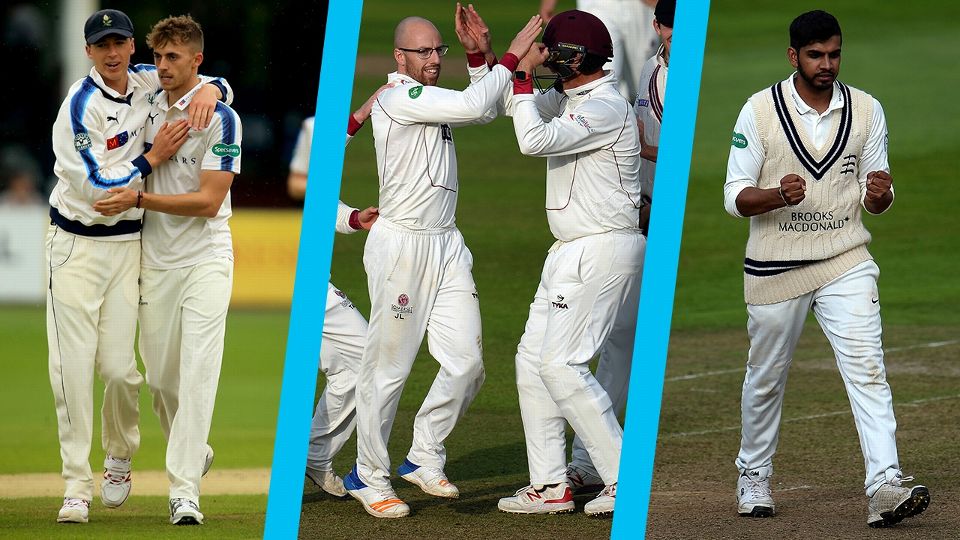 Somerset’s gamble on producing a turning surface could backfire after a dramatic day in Taunton ended with officials considering whether the pitch was appropriate for first-class cricket.

While Somerset, going into the encounter 16 points behind Middlesex and desperate for a victory to preserve their Division One status, ended the day fairly well-placed in terms of the match situation, they will know that the possibility of a points deduction could see them relegated even if they win.

Wayne Noon, the ECB’s Cricket Liaison Officer at this match, would say only that he would “sleep on the issue” and monitor how the pitch behaves on the second day, but a Middlesex spokesman confirmed that they club have complained to him about a used surface which offered sharp turn to spinners. Eleven of the 13 wickets to fall on the first day fell to spin with Somerset opening the bowling with slow left-arm spinner Jack Leach.

If Noon decides the pitch is poor – and it may well be that he is influenced by the batting on the second day – it is entirely possible Somerset could be penalised. And if that is the case, it may render the rest of this enthralling relegation fight irrelevant. For the second year in succession, relegation could be decided in a committee room rather than on a playing field.

Somerset may reflect that they have nobody to blame but themselves if they are punished. Whether the pitch was suitable or not, at 176 for 3, they appeared to have established the platform for not just a match-defining first-innings total, but the sort of total that silences talk about the surface.

Instead, some loose batting allowed Middlesex back into the match and amplified talk about the conditions. And while it’s true that the ball turned sharply, the fact is that Somerset lost two wickets to reverse-sweeps, three to slog-sweeps caught in the outfield, one to a run-out, one to a leave and one more to a missed sweep. It used to be said that three maiden overs would create pressure and bring a loose stroke; these days it seems as if three dot balls will do the trick.

Were conditions so bad? The ball turned sharply, certainly. It turned unusually sharply for a first day surface. But for all the talk of irregular bounce from Middlesex, there wasn’t much sign of it from the press box or the Somerset perspective. It continued to reward merit rather than chance and was probably no harder than the conditions England faced in Dhaka at the end of last year and similar to those experienced towards the end of games in India. If county cricket exists, in part at least, to prepare players for such challenges, perhaps such surfaces should be encouraged? It was also a great deal more entertaining than some games at Lord’s in recent years. It is an odd sport where pitches that produce entertaining cricket are castigated and those that produce tedium go uncensored. Middlesex might reflect on their recent experiences at Uxbridge, too, and conclude they are not on the most stable ground when complaining about playing surfaces. And, had 13 wickets fallen to seam bowling on an opening day, would anyone have complained?

There is a sense from some around the counties that it is a mistake to relegate two teams from an eight-team division. It can, they claim, create short-term thinking and it will, as a consequence, be discussed and reviewed in the months ahead. Quite a few favour a system where just one team is relegated and promoted.

But the threat of relegation does put players – and management – under some pressure. And, as a result, it might be viewed as decent preparation for the rigours of international cricket.

It’s also entertaining. Almost half the teams in the land – and their supporters – had some hope of promotion or fear of relegation at the start of this round of games, adding drama and context to the action. And this is meant to be a spectator sport, after all. There were around 2,000 at Taunton to watch the first day of this game.

The shame of all this is that it detracts from a career-best performance from 26-year-old Ravi Patel. The left-arm spinner has long been highly rated by both Middlesex and ECB coaches, but has struggled for opportunity to the extent that, before this match, he had not taken a Championship wicket this season. Indeed, he had only taken three since August 2015 as Middlesex have preferred the all-round skills of Ollie Rayner in selection. Patel only played one Championship game in 2016 and this was his second in 2017. Had Rayner been fit – he was ruled out with a side strain sustained in the game against Lancashire – he might have been reduced to a supporting role. His experiences neatly sum up the plight of the modern spinner.

Initially it seemed he may struggle here, too. His first four overs cost 23 as Somerset’s openers employed the reverse-sweep to anything outside the line and rendered it hard for him to settle. An opening stand of 93 seemed to negate all the pre-match talk about the pitch and Eddie Byrom, with a pleasing cover drive, went on to register a maiden first-class 50.

Even after he departed, poking a leading edge towards cover from the final ball before lunch, Somerset progressed relatively smoothly. Thanks, in part, to some poor fielding from Middlesex – Byrom, James Hildreth and Steven Davies were all dropped early in their innings – they appeared to have built the foundations of a substantial total.

But their batting has left them down throughout the season and it was probably fitting that it should do so once more. Patel’s first wicket came when Trescothick left one that turned sharply out of some old foot marks – this pitch was used for the game against Lancashire a few weeks ago – and was struck dead in front. George Bartlett’s pleasing innings was then ended as he was bowled round his legs sweeping and Tom Abell was run out when Hildreth sent him back after attempting a few strides of an unlikely second run.

But it was the loss of Hildreth, missing an attempted reverse-sweep, that started the slide. Somerset lost their last six wickets for just 30 runs as batsman after batsman, without the defensive technique to negate the spin, instead attempted to hit their way to safety.

Talk of pitch penalties also detracts from the fact that the match is intriguingly poised. If we ignore the possibility of deductions, Middlesex go into the second day knowing that, if they reach 250 runs, their Division One survival will be guaranteed. With Somerset gaining only on batting bonus point – a missed opportunity if ever there was one – Middlesex need only gain two more points to ensure their safety.

The 232 more required looked mightily distant as they lost their top three within the first eight overs of their reply. After Nick Compton was drawn into feeling for a good one that left him on off stump – Craig Overton claiming the first wicket with seam bowling in the match – Steve Eskinazi lunged at one well outside off stump and edged to slip – a poor stroke by any standards – and Sam Robson was undone by another good one that spun sharply and took his outside edge.

“I would have settled for 236 at the start of the day,” Chris Rogers, the Somerset batting coach, said afterwards. “It’s worth far more than it sounds. For much of the day we batted exceptionally well. It was disappointing at the back end. We should have been looking to support Davies, but panicked in the conditions and gave Middlesex some momentum.

“I would rather be in our position than our opponents’. The ball has been spinning, but not going up and down, so I don’t see us facing any problems over the pitch. Why not have challenging conditions for batsmen? It’s a good learning experience.”

Whether he – or Noon – would have said that had Australia faced Graeme Swann in such conditions on the 2013 Ashes tour is open to debate. Either way, the second day of this match might be considered High Noon for both Somerset and Middlesex.