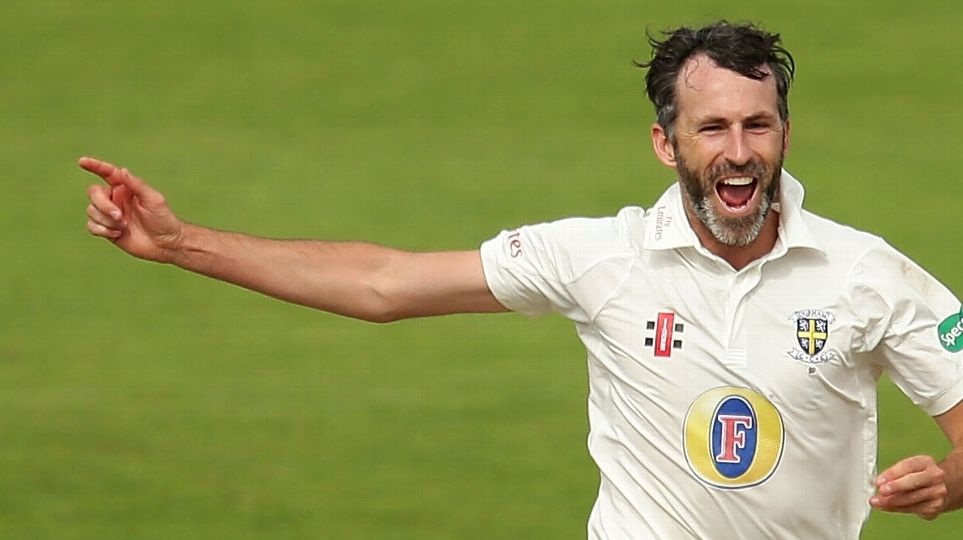 It has been a rough week for Durham. Yes, another one. Last Tuesday Nottinghamshire announced that the highly-regarded all-rounder Paul Coughlin would be joining them on a three-year contract. Keaton Jennings is also poised to leave, with Nottinghamshire, should they secure promotion, his preferred destination.

The story darkened when on the first morning of the game at New Road Durham announced that Graham Onions will be leaving the county after 14 years. Reports suggest he is heading to Lancashire with the chance for some career progression into coaching a key driver.

Onions has taken nearly 523 first-class wickets for Durham, more than anyone else. He has been as integral to the county’s cricket as the Finchale End or “Blaydon Races”. When he says that he is leaving Durham “with a heavy heart” few supporters will find it difficult to believe him.

Sandwiched between the grim news about Coughlin and Onions has been the announcement that Jack Burnham, Stuart Poynter and Ryan Pringle have signed new contracts and that Tom Latham will be returning to the county in 2018. But the departures may not be over.

So playing cricket at Worcester was the best thing Durham could do on a day like this. Even on a dank afternoon when there was nothing more at stake for them than the possibility of overtaking eighth-placed Derbyshire in Division Two, Paul Collingwood and his team might have felt a sense of relief that they could return to the bat and ball thing that captivated them in the first place. At least it may have taken their minds off issues like new contracts, sad departures and an uncertain future.

How has it come to this? Theorists with a penchant for conspiracy have little doubt. Durham’s financial problems were flagged up well before the end of last season and led to the departure of Mark Stoneman in July and Scott Borthwick in September. Both players joined Surrey. The sanctions imposed by the ECB in October as a part of their financial rescue package – including a 48-point penalty in the Championship and a salary cap – then ensured that Durham had no hope of achieving success on the field in 2017. Coughlin’s departure could have been predicted, as can that of Jennings.

Durham’s continued residence in Division Two has made them vulnerable to what some would describe as “poaching exercises”. Moreover, the loss of both Coughlin (and Jennings if it occurs) merely increases the probability that further such raids will take place.

As the Durham chairman, Ian Botham, put it after news of Coughlin’s became public: “It’s without question that our Second Division status, points penalties and difficult financial situation have created an opportunity for rival counties and intermediaries to unsettle players with promises of First Division cricket, greater England opportunities and immediate financial reward.”

‘Post hoc, ergo propter hoc’ is not a popular saying in Shotley Bridge

But let us hold hard for a moment. Firstly, it might be suggested that nothing is “without question”. To suggest so merely indicates a lack of curiosity. Secondly, it should be recognised that not all the cases of Durham’s recently departed players are the same. Phil Mustard, for example, was on a contract covering both red and white-ball cricket but was hardly playing any four-day games when he joined Gloucestershire last season. The move made sense for the player and both counties.

Onions would have been 35 this month with or without the ECB sanctions and does not play any white-ball cricket. Durham may still have been loath to offer a no-strings two-year playing deal and a coaching contract to a seam bowler who has suffered injuries in the last two years and is nearing the end of his career. The fact that one thing follows another does not mean that it was caused by it. But “Post hoc, ergo propter hoc” is not a popular saying in Shotley Bridge.

“It’s possible that things would have been different without the wage cap but I couldn’t guarantee that,” said the Durham coach Jon Lewis. “It’s maybe not a direct result of the wage cap and the sanctions but maybe there is a correlation as well. It’s tricky to say for sure. I think we reached a financial agreement for next year with Graham but it was the second year which was crucial to him. The club wanted some guarantees in the first year as to how many games he played before we would commit to the second. “Whether the financial restrictions were a part of the reason for us not being able to guarantee the second year I couldn’t say for sure. I think anyone who thought that the sanctions that were imposed on us last year were going to have a short-term effect was probably being a little naïve. There was always the chance that this was going to have a bigger impact on the club over a longer period.”

And so at 1.20p.m Durham’s players stood on the New Road outfield and had their last pre-match huddle of the season. The players formed a tight, familiar circle and were addressed by their skipper, Paul Collingwood, and their coach, Jon Lewis. Then there was a round of applause for the debutant, Liam Trevaskis. As one door opened for an 18-year-old slow left-armer from Penrith, another was closing for a 35-year-old seamer from Gateshead.

We only had 26 overs’ play on the first day of the game before the fuscous light closed in on a late afternoon far removed from summer. But with the final ball of the tenth over Onions had brought one back off the seam. The ball arrowed through the narrowest of gaps between Tom Fell’s bat and his pad and clipped the off stump. Worcestershire ended the day on 90 for 3, Joe Clarke having batted beautifully to make 46 not out. Onions: 8-2-29-1.

That, though, will not be the cricket news in the north-east on Tuesday morning. “Onions to leave Durham”. It is the headline that many believed they would never see. Perhaps it is, indeed, the latest consequence of the ECB’s bag of sanctions against Durham last October. If so, let us hope such an outcome was unintended.