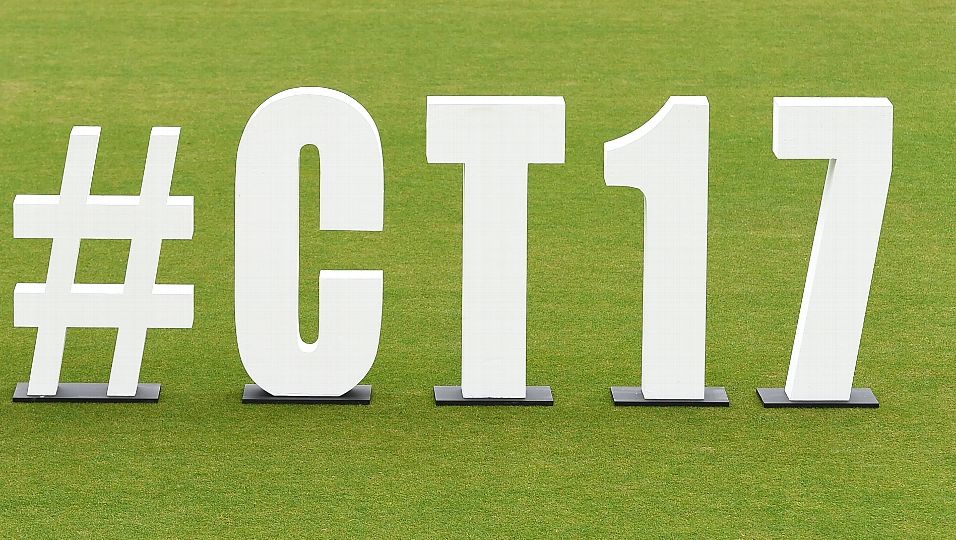 Two of the most-improved ODI teams of the last two years will be pitted against each other in the Champions Trophy opener. England and Bangladesh have turned heads with their progressive approach as they have developed settled line-ups that can match any top team. Both have been entertaining to watch, too, promoting cricketers who have natural flair and an eye for the big occasion.

England have an out-and-out aggressive batting line-up that can sometimes be as deep as No. 11. Eoin Morgan and Joe Root are the experienced hands in a team that has topped the 400-run mark twice in the last two years; 300-plus totals have become England’s ODI staple.

Ben Stokes is rapidly developing into one of the best allrounders in the world, an ode to the England approach of picking genuine allrounders over bits-and-pieces cricketers. Uncertainty persists as to the condition of Stokes’ knee but he – along with Chris Woakes, Moeen Ali and Adil Rashid – will be key to England’s chances of success in the Champions Trophy.

To counter, Bangladesh have the combined experience of their captain Mashrafe Mortaza, vice-captain Shakib Al Hasan, Tamim Iqbal, Mushfiqur Rahim and Mahmudullah. They have played 828 ODIs between them, and have been highly influential in the team’s advancement in the last two years. Add the magical Mustafizur Rahman and the uber-talented Mehedi Hasan, and you have a team that ticks most of the boxes in modern ODI cricket.

Since their disastrous 2015 World Cup campaign (which was ended by defeat to Bangladesh in Adelaide), England have the second best record against this year’s Champions Trophy participating teams. In the same list, Bangladesh have more wins than India, Pakistan and Sri Lanka. Compare that with the previous two-year cycle (between the 2013 Champions Trophy and 2015 World Cup), when both struggled for consistency, winning far fewer matches against the top eight sides of that period.

One of the key battles in this encounter will be the last 10 overs of the England innings, because England have the highest average run rate (8.63) during this period of the innings in the last two years while the Bangladesh bowlers have the lowest run rate, 6.68 per over, among the top eight teams.

Both teams, however, go into the game with disturbances to their overall plan. Both collapsed badly in their last match: England slipping to 20 for 6 against South Africa in the third ODI at Lord’s, while Bangladesh were bowled out for 84 against India in their last practice match at The Oval. These two results serve a final reminder that eye off the ball could be disastrous, especially in a tournament format that leaves very little margin for error.

England are favourites among many experts ahead of the competition, which includes the India captain Virat Kohli; everyone is wary of a home team that has a squad full of blockbuster cricketers. England, though, know all too well that taking Bangladesh lightly could prove very costly. Mark Wood brought himself into the limelight after his stunning final over in the second ODI against South Africa handed England the series. His pace was always impressive but through this performance, he showed that he can bring it to the toughest stage of a game. England’s bowling attack needs an X-factor in the Champions Trophy, and Wood looks like the man who can provide it.

Shakib Al Hasan has won the most Man-of-the-Match awards for Bangladesh but he hasn’t won one since the first ODI against Afghanistan in September last year. Since then, he has averaged 28.38 with the bat and 41.62 with the ball, which is very unlike Shakib of the last 10 years. But more often than not, he doesn’t let a slide go for too long, and the Champions Trophy opener is the perfect occasion to break it.

Jonny Bairstow appears set to miss out as England stick with the out-of-form Jason Roy. Stokes has been passed fit to play but will have another test on the morning of the game to see how much he can bowl; that may affect the balance of the attack, with Jake Ball the first-reserve seamer.

Through their performances in the last week, Rubel Hossain and Mehedi have, in all likelihood, won individual battles ahead of Taskin Ahmed and Sunzamul Islam for the third seamer and second spinner slots. Meanwhile, the Imrul Kayes v Sabbir Rahman debate for the No. 3 spot is still in favour of the incumbent Sabbir.

Historically, The Oval is known to offer batting-friendly pitches, which goes hand-in-hand with how ICC events have prepared surfaces of late. But batting first here in a day game actually favours the bowling unit. The ground has not hosted a day ODI in the last four years, and the team batting first has averaged a meagre 213 on the last five occasions. This year during the Royal London One-Day Cup, the side batting first in day games averaged 244 runs. Though the weather is forecast to be rain free, there is likely to be cloud cover.

“It’s a very strange injury. Only in delivery stride he feels pain. If he couldn’t bowl he’d still make a great contribution with bat and in the field”
Eoin Morgan ponders the Stokes injury situation

“It was a long time back. And after then, England is a totally different team. The way they are playing, if you look at the last two years, their performance, they win almost everything. And especially in home, they are a serious side.”
Mashrafe Mortaza isn’t giving too much weight to Bangladesh’s two World Cup wins