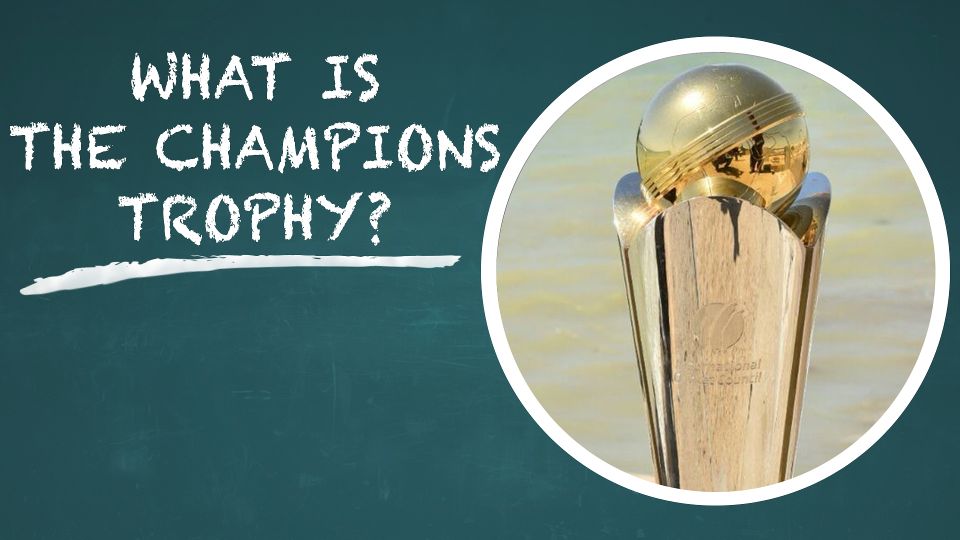 It seems strange to suggest that the Champions Trophy might finally be coming of age. But, just as the most troubled of teenagers tend to find their place in life eventually, so the ICC’s least-loved bauble is somehow approaching its 20th year with a grizzled maturity and, if not outright contentment, then at least a sense of self-worth far removed from its gawky adolescence.

It was way back in October 1998 that the ICC Knock-Out Trophy, or Wills International Cup as it was then known, spluttered into life at the Bangabandhu Stadium in Dhaka. A nine-team, one-destination fundraiser in the then-pre-Test-status Bangladesh, designed to swell the ICC’s coffers amid the earliest stirrings of the board’s 21st century corporate identity, and spread the gospel of the game beyond the confines of its nine traditional markets.

In 2000, however, almost before the poor tournament had learned to walk, it suffered a crushing blow to its self-esteem. The ICC’s groundbreaking deal for the 2003 and 2007 World Cups, struck with Global Cricket Corporation for a cool $550 million, rendered as chicken-feed any income derived from these so-called mini-World Cups. At the same time, it tempered their ambition too, so as not to undermine the sanctity of the quadrennial main event.

The impact was near-instant ennui. In 2002, the newly-rebranded Champions Trophy failed even to produce an actual champion due to its feckless scheduling in the midst of Sri Lanka’s monsoon season. And though the 2004 edition was enlivened by West Indies’ twilight heist in the final against England at The Oval, that match alone couldn’t redeem the reputation of a tournament, banished to the autumnal depths of late September, that Wisden described as “veering between being the second most important in world cricket and a ludicrous waste of time”.

Thereafter, the indignities just kept on stacking up. In 2007, like a spoilt, cuter little brother, the World T20 burst onto the scene to bend the Champions Trophy’s nose even further out of joint, while the ICC’s near-constant flirtation with a World Test Championship epitomised that mid-2000s sense that 50-over cricket had had its day. India’s victory over England in the most recent final, at Edgbaston in 2013 – aptly reduced to a 20-over sprint due to a day-long downpour – should by rights have been the final kiss goodnight. And yet, in spite of everything, there was something in the staging of that seventh and farewell event that encouraged all relevant parties to give it another hearing. Maybe it was the multicultural tide of fans filling the streets of three of the UK’s major cities that reawakened the tournament’s missionary zeal; perhaps it was its enlightened ticketing policy – a fiver for kids, £10 for under-23s, leading to 83% take-up across all venues (a figure that is already projected to be nearer 90% this time round).

Or perhaps there was just something inherently satisfying about a tournament designed to produce a hectic sprint for the title. The eight best teams in the world, engaged crowds, a maximum of five matches each … one false move and you’re as good as out. It’s the exact same formula, in fact, that the ATP uses for its hugely successful end-of-season World Tour Finals, and in an era when the World Cup – for all the money it generates – has found itself locked into a cumbersome six-week schedule that drains the goodwill of even its most ardent supporters, such a simple nod to top-notch entertainment is a valuable PR exercise, apart from anything else.

And so, four years on from its stay of execution, as we head into an eighth edition of the Champions Trophy that is, to all intents and purposes, a carbon-copy of its predecessor – same venues, same length, same time of the English season – the message seems unexpectedly clear. This has suddenly become a competition to savour, in spite of its prickly past and, quite possibly, it is one that the international game should be looking to nurture more than ever.

For let’s not be coy about the excellence that we expect in the coming 18 days. After what was, quite frankly, a dismal decade for the 50-over game, ODI cricket has come roaring back to relevance in recent years – arguably as a response to Test cricket’s seepage of standards. The very best batsmen now take the T20 template and extrapolate it across a full 50-over innings; the very best bowlers and captains retort with Test-match fields and wicket-taking attitudes that make it nigh on impossible to relax for an instant, as a player or spectator.

To be clear, all of these were themes that shot to prominence at the 2015 World Cup, even if the lumpen nature of its itinerary diluted their impact somewhat. Now, however, by dint of its sudden familiarity in the calendar, the Champions Trophy is on hand to provide a short, sharp epilogue to that tournament – a chance to gather the clans, expand on a few themes, appraise the state of the game and tie up a few plotlines. Can England’s stunning transformation really be for real? Will New Zealand pull their punches without Brendon McCullum to drive their agenda? Can South Africa exorcise the demons of that semi-final exit at Auckland? How will Virat Kohli front up in his first global tournament as India’s captain?

Above all, the tournament is a welcome opportunity to apply some much-needed “context” to the state of international cricket, to use the buzzword currently favoured by Andrew Strauss, the director of England cricket. For the ECB in particular, the Champions Trophy is a first staging post in what has become an urgent national conversation – encompassing everything from TV rights to participation to T20 leagues to global trophy hunting, on which front their ultimate goal is the 2019 World Cup. However, in Strauss’s astute opinion, every facet of that conversation needs to contribute to a wider narrative. Because without drawing all the threads together, what exactly are you asking people to buy into? Cricket being cricket, it’s nigh on impossible to go into a major tournament without embracing some degree of existential dread. Two years ago, the plight of the Associate nations dominated the early weeks of the World Cup; this time around, the absence of the once-mighty West Indies – the reigning World T20 champions, against all odds – brings into sharp focus an issue that has been smouldering almost from the moment that the sport’s finances were weaponised at the start of the millennium.

There are myriad reasons to regret West Indies’ absence, of course. But, leaving sentiment to one side for a moment, there are reasons too to rejoice in the long-overdue arrival of Bangladesh as a genuine force, not to mention the unadulterated jolt of incentive such a high-profile absentee has given to the international game as a whole.

Take the recent ODI series between West Indies and the No. 8-ranked Pakistan, for instance – a match-up that could prove critical to both team’s prospects of automatic qualification for the 2019 World Cup. Pakistan lost a high-scoring thriller in the opening match before bouncing back to win 2-1. And what about England’s masochistic insistence on risking Ben Stokes’ knee for last week’s series win over the No. 1-ranked side in the world, South Africa? It’s hard not to conclude that these matches are being seen to matter more now that there’s a bigger picture at stake.

In spite of what ought to prove, in the coming days, to be a format in rude health, there’s no room for complacency where the standards and standing of international cricket are concerned. As ESPNcricinfo reported back in April, the burgeoning growth of domestic T20 leagues are pushing the international calendar ever closer to saturation point, while Australia’s ongoing contracts dispute is prima facie evidence that even the oldest of cricket’s orders cannot assume loyalty in the current climate.

“Welcome to our world” was Darren Sammy’s wry tweet last week, in response to David Warner’s warning that there might not be a team for the Ashes unless Cricket Australia backs down, while Jos Buttler’s scantily-clad joy at watching Mumbai Indians’ triumph in the IPL final was another subtle reminder of the strong allegiances that can exist outside of the sport’s traditional confines.

And if the world inhabited by Sammy and his fellow West Indians does become the norm, then the sort of short and sharp calls to arms offered by lightweight tournaments such as the Champions Trophy will have an even more vital role to play in upholding the sport’s traditions.

It’s been there, in its various incarnations, from the very start of the revolution, and it’s taken some blows along the way. Maybe now, as it reaches maturity, it’s time to give the tournament the love that it deserves.