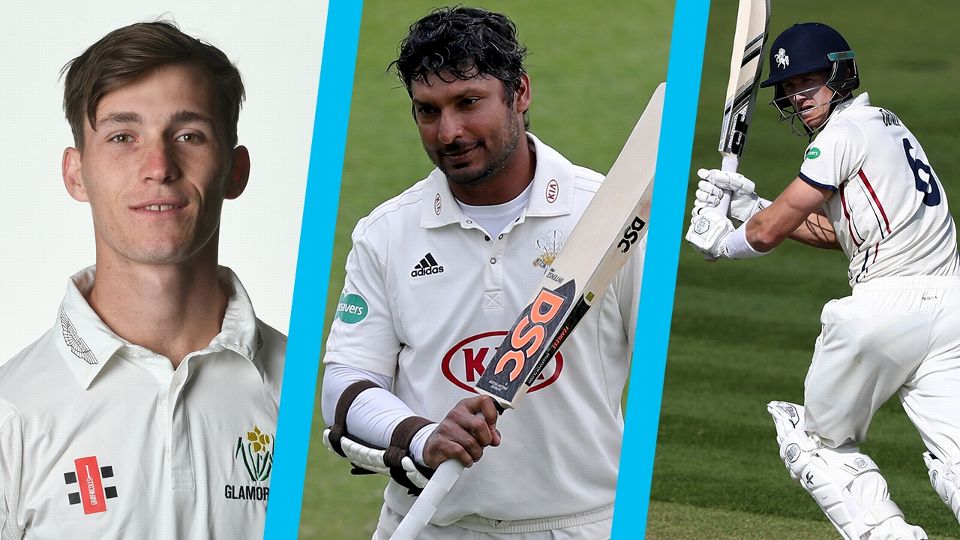 It came down to 16 runs that weren’t. In pursuit of a record-equaling sixth first-class hundred in as many innings, Kumar Sangakkara was dismissed for 84 on the final day of Surrey’s scrap with Essex at Chelmsford. The air was muggy with summer rain and the wider game’s expectation. Both dampened spirits. Perhaps Surrey’s stand-in captain Rory Burns summed it up best: “We’re all probably more upset than he is.”

Let’s not lose perspective here. Sangakkara is one of five to score five centuries on the bounce. Otherworldly company was awaiting him had he notched just one more. But those five (one of them a double) should be celebrated rather than the sixth-that-wasn’t mourned. Mike Procter only played seven Tests. Don Bradman fell four runs short of averaging 100. CB Fry lost the 1902 FA Cup Final in a replay. Even the three who made it still carried their own regrets.

What needs to be said is that if Sangakkara had got there, this would have been the most impressive of the run. His first 79 runs took guts and a lot of luck. History aside, his 286 in this match and twin-centuries last week against Middlesex have seen Surrey avoid two chastening defeats.

Simon Harmer thought he had him trapped lbw before lunch on 25. There were a couple of very tight run-out calls, too. His stance, usually so still, had a sway, like reeds moved by a wind you couldn’t notice. Was it nerves? He has played three world finals, led his country during arguably its most politically and socially volatile period and has been shot at while traveling to a match. Probably not nerves, then.

Burns fell after bringing up his third fifty of the season, from 107 balls. Soon emerged the man everyone was waiting for. Did he know he was on the cusp of equalling the record? Almost certainly. His wife and two children were present at Chelmsford, just in case. One thing was for sure – he certainly knew the forecast for rain, racing to 25 from his opening 25 balls. It was on. Lunch came upon the fall of Scott Borthwick’s wicket.

Then, it looked off and full credit for that belongs to Jamie Porter, whose spell of 5 for 15 in 27 balls – which started with the dismissal of Borthwick – turned the match on its head. Dom Sibley, first ball after lunch, nicked to James Foster, who took an excellent catch to his right. Ben Foakes was surprised and bunted to cover. Sam Curran was caught across his stumps from around the wicket before brother Tom went for a shot too many and edged to Foster once more. Porter had a fourth five-wicket haul and career-best match figures of 9 for 160. Sangakkara, running out of partners, watched it all unfold on 37.

For the second ime in the match, it would be Stuart Meaker who batted above and beyond his average to guide Surrey to safety (they were only 163 ahead when he arrived) and keep Sangakkara company. This time he had the added pressure of being the one to see Sanga to No. 6. As the Sangakkara was taking guard in the middle, Meaker tweeted a photo he had taken from behind the Sri Lankan, as he sat on the balcony padded up, helmet on, surveying the outfield and considering what might be his. “Can he join Bradman and go 6 in a row?” wrote Meaker under the photo. He thought so and his actions spoke volumes.

He stopped Porter in his tracks with a resolute defence and a fortuitous boundary. He did the same to Neil Wagner. Once Sangakkara, on 41 from 69, was comfortable enough with Meaker’s aptitude, he flicked a switch. He charged Wagner and thumped him through two men at midwicket, tickled him around the corner and then advanced to place him through square leg – three fours in a row – to take him to his half-century from 72 balls. Halfway there.

The home straight. Harmer decided to play to the ego and left deep cover open. Two fours there – Sinatra steps down to the ball, devastating wrists high and over cover – followed by a tip-and-run. Then a moment.

Wagner was brought on from the Hayes Close End, with the light fading. A full ball was pushed by Sangakkara to midwicket, on to 79. Then, with Meaker on strike, the field closed. Everybody knew what was coming. Wagner banged in a bumper – a bumper feared and felt around the world. Meaker ducked into it. The ground gasped, Sangakkara walked over but Meaker, still on his feet, shook his head and got up, like a boxer on the receiving end of a hellacious straight right who knows there are others counting on him not to hit the canvas. It didn’t matter. Off they went for bad light and an early tea.

An hour and 15 minutes passed. Most of that Meaker and Sangakkara spent sat on the balcony, helmets still on. The light improved. The bell rang at 3.40pm for a 3.45pm start. They got as far as the middle before the umpires decided visibility had got worse. Meaker, probably still bouncer-drunk, had to be dragged off. Sangakkara walked off just as serenely as he had walked on.

The players’ balcony was tense. Essex captain Ryan ten Doeschate consulted with the umpire. Burns was brought into discussions too. Sangakkara’s wife got out a couple of books for their children to read. Then, white smoke: play could begin again at 4.30pm. And it did.

Wagner, with four balls to finish, cut his run-up in half. Four balls down the off side were left alone by Meaker. One looped up out of the footmarks and over Foster’s head for four byes. Then quickly back to normality.

Harmer continued and removed Meaker, bowled around his legs. Somehow. Replacing Wagner was the part-time offspin of Tom Westley. Offspin raised in Cambridgeshire (and refined in Sri Lanka, no less). Sangakkara, on 80, farmed the strike, asking No. 10 Amar Virdi to only play out a couple defensive shots an over. And then the moment they feared.

Westley put it above the eyes, Sangakkara had his sights set on a run down the ground. The checked-drive came and sent the ball towards mid-off. Westley reacted well and put in the dive. His right-hand came out and clutched the ball out of instinct. There was no celebration: Westley got up, looking at the ball like it was a door knob he had pulled clean off. By the time he had turned around, Sangakkara was already off. The Chelmsford crowd soon followed. Hands were shaken soon after and a draw confirmed. Life goes on and so does Sangakkara’s legacy.

“There have been a few great players [at Surrey],” Burns said. “But Sanga is probably the best. I don’t think I can do him justice with words. He doesn’t need a grubby left-hander who bats at the top talking about him. He’s a bit purer than I am. It’s magnificent – what he’s done in the game, and how he carries himself.”

Even ten Doeschate, one of the fiercest and most astute captains on the circuit, didn’t mind letting sentiment get in the way: “We were very careful not to make a farce out of the situation. But we thought Sanga, given how brilliantly he played in the first innings, we wanted to get the game done at 4.50pm, but also give him the chance. We put it out there that that was the best way to speed the game up and give him a chance.”

So six in the row was not to be but the wait for Sangakkara’s next hundred won’t be long given the form he’s in – 876 runs in eight innings this season and an average of 109.50. In case you are wondering, that next one will be his 100th career century.